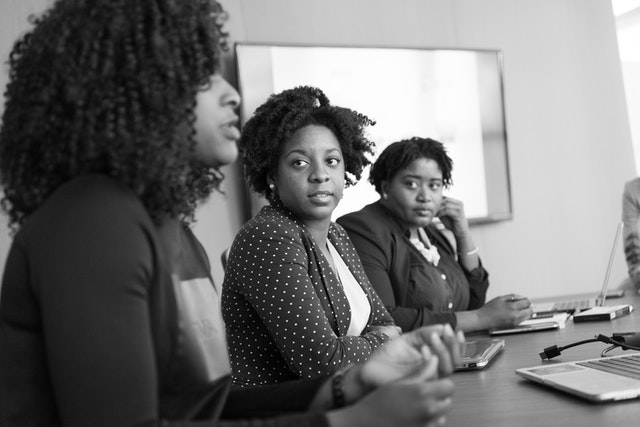 The word “team” is one that is bandied about a lot in business circles. There’s something warm and fuzzy about the idea that a group of adults could work together in harmony to achieve a collective goal. It strikes us as the height of virtue and something of which we should be proud.

For teams to work, people have to give up a part of themselves. They can’t approach the enterprise expecting to get everything that they want from it. Eventually, the time will come where they have to do something that goes against their self-interest, even if it’s something as simple as doing overtime on the weekends.

For some people, though, this is asking too much. They don’t want to put in more than they get out. And so they never seem to commit to the effort of the group as a whole. For them, it’s all about what they can extract from the situation.

Leaders and managers looking to extract their own value from teams often find that this sort of behavior gets in the way of their plans. They’d like everyone to get along and provide value, but no matter how many incentives they put in place, things don’t work out. There are always some people on the team who don’t play ball.

So what’s going on here? Why are people unable to get their acts together? And what can you do about it?

Our culture teaches us that rewards should flow to the individual. But modern enterprises shouldn’t adopt this attitude. Problems are too complicated for any individual to resolve. Solutions require multiple experts working in tandem.

Rewarding individual effort, therefore, is a big no-no. It encourages people to do the selfish thing instead of working for the good of the enterprise as a whole. Smart managers, therefore, are reconfiguring their bonus structures. Instead of remuneration running to individuals directly, they’re basing it on the team’s performance as a whole.

The details can take some hammering out to get right, but the basic principle is on the right track. You want to make sure that people have financial incentives to work in the team’s interests and not themselves.

While financial incentives are significant, nothing compares to intrinsic motivation when you’re trying to construct a fabulous team. You want people to desire to achieve group goals because they believe in them.

Just look at some of the great teams in history. For them, it wasn’t about getting money – there was always a higher purpose. NASA got men on the moon in just ten years because the people working on the project believed in it.

Companies, therefore, need to educate themselves on this concept. Managers who understand intrinsic motivation through Attuned – a company that consults on team issues – can improve the team’s output. The idea is to find ways to get people to internalize the desires for your company’s grand enterprises to succeed. It involves building loyalty and tapping into their innate values. Quality leaders always do this.

Companies will often employ highly individualistic people (usually because of technical competencies) and then try to get them to become team players. This language is even baked into how firms prospect for employees. Phrases like “join our team” are never far from the average job posting.

Managers, though, need to rethink their priorities. The aim is usually to get the most qualified person. But because teams produce synergies, the person with the most experience or talent might not be the right person for the role. What you want is somebody who can build up everyone else.

While some teams work well, having a single authoritative leader, most don’t. Members want to feel like they have at least some individual agency. They need to feel like they can make decisions independently that contribute to the team as a whole, without having to pass them by a chain of managers.

Remember, the more autonomous people are, the more likely they are to become intrinsically motivated. If they just have to follow orders, there’s no joy in that for them. But if they can direct their own solutions to problems, they can take more ownership of their role. And that helps to foster desire.

Why do so many people want to join eco-friendly companies? The reason is that they successfully articulate missions employees can believe in. They have a kind of higher purpose.

The problem is that most companies don’t explain to their colleagues why their jobs are so important. They go to the office every day and play their part as a cog in the system, never really feeling like their jobs are worthwhile.

Therefore, managers need to carefully explain to their team members why they are doing what they do. It needs to feel like the effort is worthwhile. Team members should have something they can believe in. And it should be something intrinsically satisfying, such as helping other people, saving the planet, or pushing technological boundaries. The route you choose depends on the sector in which you find yourself.

Team dynamics are complicated. You can have some groups of people who work together effortlessly and produce fabulous output. And then you can have others that never really manage to get off the ground.

The difference is often your willingness to permit team tensions. There is conflict in every group of people. Brushing it under the rug and pretending that it doesn’t exist is a bad idea. People should be able to air their concerns in public and expect fair adjudication.

How to Save Money on Your Next Corporate Event?

Saving up on expenses can be quite a hassle, especially when you have to manage business events. Une[...]

4 Things Retailers Must Do for Survival After Covid-19

Covid-19 has transformed the world we live in. It has a long-lasting impact on everything [...]

Common Mistakes to Avoid When Setting Up A Small Business

Starting a business is never an easy undertaking, even when you have everything you need at your dis[...]

A global pandemic such as the one we are currently experiencing is a time when people take stock of [...]

4 Steps To Running A Better Business

Your business may be performing steadily right now, but you never know what the future holds. Once y[...]