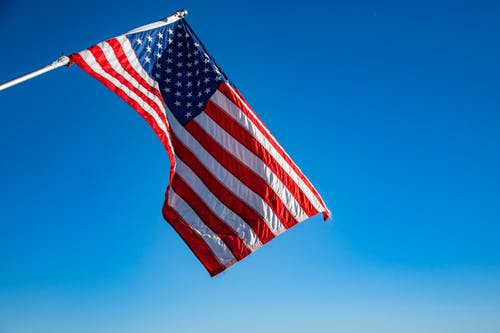 In November 2020, the United States will have its 59th quadrennial presidential election with Donald Trump seeking to remain in power despite competition from Democrat, Joe Biden. In their attempts to get into the White House, both political candidates are adopting different strategies in their pre-election campaigns. So, let’s take a look at the policies and promises of both Trump and Biden.

Trump’s Efforts to Be Re-Elected Focus on Economic Stability

After becoming the United States’ 45th president in 2016, Donald Trump is now stepping up his efforts to be re-elected for a second term during the next general election. In an effort to stay in the White House and continue the Republican rule, the 73-year-old is proposing several policies that will strengthen America’s financial position and military.

As of February 2020, Trump put forward a record $4.1 trillion budget for the 2021 fiscal year, which places state and veteran security at the forefront. The proposed budget includes a 14 percent increase in funding for Veteran Affairs, which will seek to aid various forms of healthcare. Having reached economic highs during his first term, Trump is marketing his campaign with the slogan of “Keep America Great”. Moreover, the proposal also showcases the president’s desire to improve the US’s long-term security, with the defense budget being increased by 5 percent to $750 billion.

With the 3 percent annual economic growth that is being predicted, Trump hopes to fulfill his promise to deliver high-speed internet to those in rural areas of America. Although in the past, delivering on this promise has proved elusive, the government is still working on providing broadband to those who cannot install a fixed terrestrial service.

What Is Biden Promising?

Standing as the last candidate in the 2020 Democratic presidential race, Joe Biden is, at the time of writing, set to take on Trump in the highly-anticipated 2020 election. As of April 28th, the Democrats are 10/11 at Paddy Power’s odds on the US elections to be the winning party at the presidential election, with 77-year-old Biden promising to end “forever wars”, along with reasserting American leadership to combat authoritarianism and global instability.

At the very forefront of his policies, Biden is placing diversity at the very core of his long-term promises. Throughout his campaign, the 77-year-old has repeatedly claimed that he would be seeking to appoint a female as his running mate, and, more specifically, an African American woman.

Furthermore, from an environmental standpoint, Biden has also placed a focus on America’s global part in combating climate change as, during a March debate with fellow Democrat, Bernie Sanders, he promised no new fracking. Throughout his election campaign, the Pennsylvania-born politician has embraced the framework of the US’ Green New Deal, which is showcased through his desire to ban federal drilling.

In seeking to become the president of the United States at the next general election, both Trump and Biden have focused on contrasting elements of America’s future in their pre-election promises. With the prospect of a second term being a possibility, Trump’s proposed budgets and policies surround strengthening the US’ financial situation, while Biden instead places diversity and environmental wellbeing at the center of his campaign.

Prepare to Buy Your First Home With These Four Tips

How To Better Manage Your HVAC Business