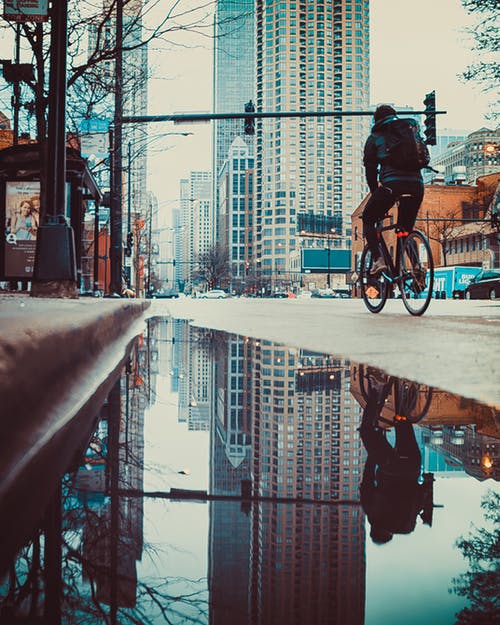 If you ride a bike in New York City, you are probably already painfully aware of how many different ways there are to be involved in a bicycling accident. Even in areas where you are riding on a protected bike lane, there are tourists who wander into the lanes without realizing, cars who cut lights and move into your lane, and more. If you are sharing the road with the traffic of the city, then there are many other different ways that you can be injured in an accident.

It is very important that you remain vigilant at all times while you are traveling on your bike in the city, but it’s also very important that you understand your rights if you are to get injured in an accident. There are personal injury attorneys in New York City who understand cyclists rights as well as personal injury law who will take your case and make sure that you get the money that you deserve. Take a look at a short list of some of the common causes of bike accidents in New York City below.

You have likely experienced it yourself: you are in the lane, heading straight down the road, and an oncoming car takes a left turn in front of you and crosses through your path while they are turning off the street. In many cases, this is simply a case of the driver not looking for cyclists, and instead have verified that there are no cars coming and decided to turn. No matter why they decided to turn, the issue remains.

Drivers on their phones, playing with the radio, or looking for something on the floor may inadvertently overlook or miss the fact that there is a cyclist who they are sharing the lane with. In this case, they may rear-end the cycle as the rider is waiting to turn, veer out of the lane and pin the rider between the moving car and a parked car, or knock them off the bike by making light contact. Of course, there are many different ways that a cyclist can be injured or killed by a distracted driver, but there are just a few ways.

It can’t be all about cars, right? When you decide to take your bike onto the streets of New York City, you have to be aware of the fact that no matter how hard the city works, there will always be potholes and other hazards that you will need to navigate. Hitting a big pothole on your bike can cause a pinch flat, fold your rim, or create another situation that sends you over your handlebars. This is especially relevant if a car is tailgating you, pressuring you to speed up or lose your focus because you are intimidated.

Many drivers who are familiar and comfortable with driving around the city know that they need to check the bike lanes to ensure that they aren’t turning into an oncoming cyclist, but unfortunately, this is not always the case. If you are moving full speed down the road in the bike lane or on the street, you are always at risk of a car taking a right turn directly in your path. You are then required to make a split decision on locking up the brakes, swerving into the lane, or making another decision that puts you at risk if you want to avoid running straight into the side of the vehicle.

Another unfortunately common occurrence on the streets of New York is having to swerve suddenly to avoid someone getting out of the back seat of their Uber or the driver’s seat after parking without thinking about oncoming cyclists. If you are not lucky or fast enough to swerve, you will ride straight into the door and are at risk for facial injuries, broken collarbones or arms, concussions, and more. The car door is one of the nemeses of the New York cyclists, and for good reason.