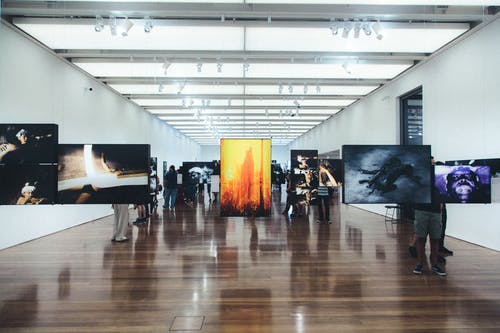 Some myths are not that harmful, but some can really hurt your business. If you think trade shows are a waste of your time and money, perhaps you’re stuck in the second type of myths – myths that cost you thousands of dollars in revenues every year, without you even knowing about it.

People think trade shows are expensive, ineffective and a dying strategy, but in reality trade shows are what you make of them, says an expert at TradeShowDisplay.nyc, an acclaimed company for banner printing NYC. Here are 5 common misconceptions that often hold people back from leveraging the power of trade show marketing.

According to recent statistics from the Center for Exhibition Industry Research, the U.S. trade show industry is growing at a steady rate of 1.6 percent per quarter. Also, nearly 15000 trade shows are held in America every year. These numbers plus the escalating demand for one day banner printing services already prove that more and more Americans are flocking to trade shows, as opposed to abandoning them.

This is far from the truth, as one out of every two attendees said they attend only one event every year, according to a recent Freeman Exhibit Survey. This shows that people are very choosy about what trade shows they want to attend. In other words, most trade shows attract highly relevant foot traffic. More importantly, over 80% of trade show attendees have the authority to make buying decisions for their company, says a recent survey by CEIR.

You can take as much time as you want, but it doesn’t have to be that way. Nowadays it is possible to buy and build banner displays within a few hours. Thanks to the same day banner printing services, you can get your custom banner made really fast, irrespective of whether you need retractable banner printing or vinyl & mesh banner printing.

Yes, some banner displays are expensive, but you’ll also find high-quality exhibits at a fraction of the cost. Some vendors even offer affordable package deals, which include banners, posters, display stands, table throws and custom design services.

5. Most attendees don’t buy at a tradeshow

It’s true that not all attendees buy a product or service, but trade shows move them a step further down the sales cycle. According to a recent CEIR survey, it takes an average 3.5 calls to sell a product to a trade show attendee, versus 4.5 calls to someone who didn’t attend the show. Also, attending trade shows help improve a company’s brand reputation. In fact, not participating in popular trade shows could lower a company’s brand reputation by 5%, says a recent survey.

Clearly, trade shows are still an effective marketing tool for businesses. You don’t want to let the above misconceptions to hold you back from using this tool to your advantage.