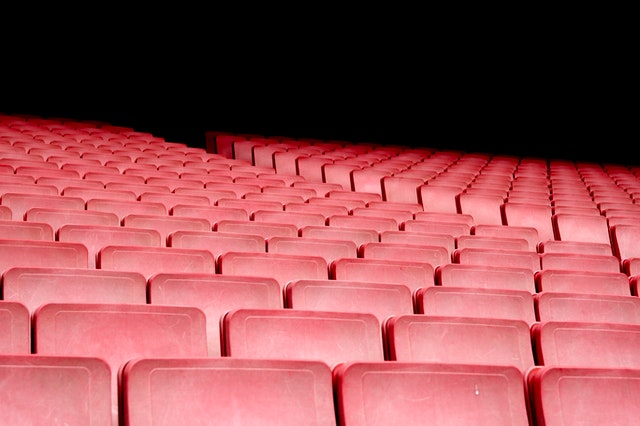 A modern stadium should be easy to navigate, operate and adapt, cost-effective and of course should be a source of increasing revenue for its owners. This revenue can go towards reinvestment so the stadium can be constantly improved to keep up with modern innovations.

Most of all, a modern stadium should provide an amazing experience for the players and spectators alike. Modern stadiums require a radical approach to design with innovation in mind to keep sports fans interested, as an increasing number of homes now have large high definition TVs.

In this post, we’ll talk about modern revenue generating opportunities for stadiums that can help them grow and stay ahead of competition.

Everyone has a smartphone these days, and modern stadiums need to use this to their advantage. One way of using apps is to provide users with a digital wayfinding experience which comes with arena maps for sporting events. This will help stadium-goers plan their visit in advance.

Many sports fans choose to watch their favorite event on TV rather than at the stadium simply because of parking and transportation hassles. Wayfinding apps on the other hand can make this uncertainty disappear. They can facilitate fans to find parking beforehand, and potentially book a parking space.

Once fans are at the stadium, these wayfinding apps can also help them locate other points of interest such as nearest toilets, food and beverages, restaurants and so on.

No one wants to carry loads of cash just to buy things at the stadium. Stadium apps can incorporate e-wallet functionality so that fans can order food and beverages while they’re still seated at the stadium.

The hassle of getting up and paying for these things can actually be deterring enough that the person does not do it at all. E-wallets facilitate fans while also increasing the stadium’s revenue.

Modern stadiums have lots of large LED displays in them, which provide a perfect opportunity for advertising. The video content on the LEDs can therefore be used to display advertisements or sponsored content for food and beverage campaigns, betting or simply targeted brand advertising.

By carefully studying the demographic of each sporting event, advertising companies can create powerful and effective campaigns, meanwhile contributing to increased revenue for the stadium.

Esports is a rapidly developing industry and it attracts fans of all ages and abilities. Previously dismissed as a temporary trend, esports have now taken a stronghold, with some events having prize pools of over $35 million.

Esports operate in much the same way as traditional sports. The most skilled players attract the most amount of viewers or stadium-goers, creating better sponsorship opportunities and increased brand value.

By catering to esports as well, a stadium can diversify its customer base as well as revenue streams. Thus, a modern stadium should be made in order to facilitate a live gaming environment, with the correct infrastructure.

We mentioned apps and e-wallets as a major source of revenue for modern stadiums. In order for those to work properly, stadiums should enable their fans through uninterrupted high speed WiFi connectivity throughout the stadium.

This allows fans to actually use the stadium apps and contribute to increasing its revenue.