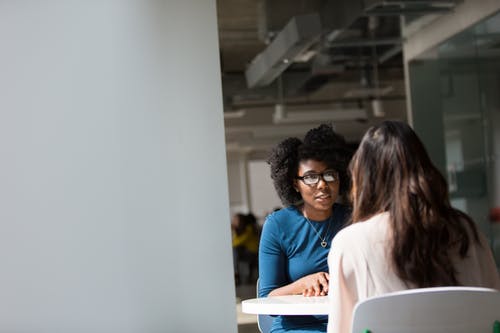 Recruiting new talent is often a difficult and time-consuming task. You obviously want to make sure that you are hiring the right person for the job, and if you hire the wrong person there are risks involved. For starters, if your new hire leaves the position then that’s time and resources wasted. You also still have a position that needs filling and work that needs to get done.

The problem is that it’s hard to determine if a candidate is worth pursuing during the hiring process. You’re supposed to evaluate them based on only a few interactions and interviews. And sometimes, a great candidate can perform poorly during the interview stage while a bad candidate is able to nail it. And of course, there’s everyone who falls in between.

So how do you know who’d make the best hire? You can’t always know for sure, but what you can do is watch out for the really bad ones. Here are five red flags to look out for during the hiring process.

1. They Claim to Be Perfect

It’s impossible for someone to not have any weaknesses, and if a candidate doesn’t admit to having any, then they are either lying or lack self-awareness. You don’t want to hire someone who would feel too embarrassed to admit their mistakes – this could lead to problems that are left unchecked for far too long.

You also shouldn’t hire someone who thinks they are always right and refuses to take blame for anything. It’s a sign that they aren’t a team player and will be quick to point fingers when something doesn’t go their way.

Unless your candidate has a very good reason, if they are late to a phone or in-person interview then that’s a bad sign. It communicates that they are firstly not responsible or considerate of other people’s time, and also that they are simply not interested in the role.

If a candidate gets spotted by a recruiting company, then they are usually asked to prepare references in advance and the company will check them for you. But if you haven’t hired a headhunter then you will have to make sure that your candidate can offer up some names. If they can’t, then that may mean that they have poor relationships with past employers and a sign of trouble.

4. A History of Not Stepping Up

Be sure to ask your candidate about situations in the past where they ran into a problem or a challenge. If they focus on how it wasn’t their fault and don’t mention the steps they took to fix it, then this is a sign that they aren’t willing to take ownership and step up to challenges.

You obviously don’t want to hire a candidate who doesn’t seem excited about working at your company. It could be a sign that they will jump ship as soon as they get a better offer. Avoid someone who seems to just be going through the motions and lacks any sort of enthusiasm.

Look out for these red flags and you’re sure to steer clear of the bad candidates.