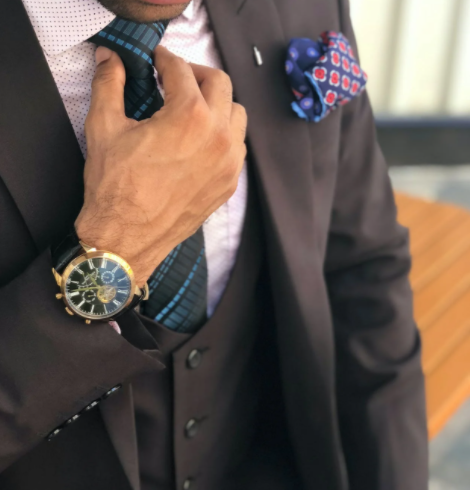 In this modern age, mobile technology has us relying more on the in-built clock in their smartphones for time. But this only made wristwatches necessary accessories.

So despite the burgeoning level of technology in today’s world, there are still several watch manufacturers thriving in the business of making timepieces. These manufacturers still see them as a work of art and a product of science and technology, just like in the olden days.

If you’re looking for an excellent watch, there are places you can trust to get just what you want. And even though you’re unable to travel down just to get a wristwatch, you can decide based on where the watch is produced.

Various countries are dominating the watch market these days. So, which country in the world produces the best timepieces? Let’s look at these countries and what specific features of their products.

Reports indicate that the first mechanical wristwatch emanated from here. In modern times, watchmakers are out to scale heights in the global watch market with their Italian-inspired designs.

Though associated with fashionable goods and products, Italy upholds its place in the global watch market with its timeless popular edifice the Panerai watch.

Watches produced by the Mediterranean country are reputed to be well detailed, elegant, and durable. They have deeply rooted watchmaking traditions and as a result, high-quality timepieces have emanated from this nation. Some have even gained an international reputation and have also attracted investors from bigger brands in various countries.

Watchmaking is a well-established industry in this part of the world. Most Swiss see it as a family tradition. Those who belong to a family of watchmakers grow to learn and master the skill and get established in the watch industry.

This tradition gives them the drive and to produce excellent timepieces. They take pride in their career and research into making better timepieces and generally strive to maintain being the best in their field.

Between the cities of Geneva and Basel, you’ll find the finest timepieces with most of them being luxurious. With the area being peaceful, one can concentrate on fine luxuries rather than trying to make items that will only last through a potential war zone.

Japan is also known as a watch-producing country. The Japanese take pride in their technological advancements and production of timepieces that are economical compared to their European counterpart. They aim at producing mass quality with innovative technology alongside reasonable designs that sell.

Being the first in the world to produce high-quality but low-cost quartz timers, Japanese manufacturers have had unbelievable success. The country is also known for its excellent smart and hybrid watches (that have both mechanical and digital features). They have brands that have dominated the watch industry.

In the watch industry here, we see a generation of young and dynamic independent watch manufacturers. It is a direct competitor to the swiss industry. Its reservoir of young active firms in the mechanical watch sector as well as in sport watches has helped the industry to gradually establish a presence in worldwide markets.

It is believed widely that Glashuette, a town in Germany, has the most amazing watchmakers as watchmaking in Germany started from there. Made in Germany has become an idiomatic expression for quality. This points to the belief that good quality timers are produced there.

Functionality, appearance, and designs from Germany are competitive and affordable internationally. As their models are often in the lower luxury segment but equally guarantee a very high level of detailed craftsmanship.

At some time in history, French watches were only good enough for Napoleon Bonaparte and Marie Antoniette. They have a very long history of producing quality generic movement. They’re known to produce watches with great casings. However, they seem to be a bit behind on modern watches.

Though great brands started out here, as time went down they began buying the technology of the swiss. This had a negative effect on the French watch industry as it declined and solely depend on swiss advancements and little input from themselves. Although they still produce watches that have defining characteristics, It is challenging for one to differentiate French timers from that of the Swiss.

After suffering from a bad reputation based on producing cheap and low-quality watches, the Chinese watch industry has risen above its contemporaries to produce amazing and highly valued timepieces like tourbillons.

Various Chinese brands have purposely pushed against tides to restore the integrity of the country in global watch markets. Though their watches are relatively cheaper in price, they are high quality.

Recently, Swiss brands have employed them in producing classic timepieces. So if you are looking for a cheap but good quality wristwatch, Chinese watch companies offer that.

In modern times, Britain has lost its position in the global market. This is quite unfortunate, as the country has the richest historical heritage when compared to other countries listed here.

Although most British brands have moved over to base in Swiss, they still define their styles and maintain their distinct designs. And brands in other countries have come to adopt their horological heritage.

Swiss brand like Rolex was founded in London. The industrial revolution changed the watch industry globally, but while other countries like Swiss adapted, Britain did not. As such, it could not keep up with the new technologies and changes that came with the industrial age.

The watch industry here has become a big hit in modern-day watches as it continues to produce digital timepieces that have become more in demand in today’s world. Most of them are classified into today’s sports and smartwatches.

They are independent watch manufacturers keen on introducing innovative technologies to the watch industry. They seem really promising and are gradually taking over the global markets.

From the above, we can see that the rise of wristwatches began in various countries of the world. At some point, some dominated the global markets while others adopted new technologies that came with the industrial age. With the current trend, more innovative technologies will evolve and we will have more watches with more and better features than time-telling.