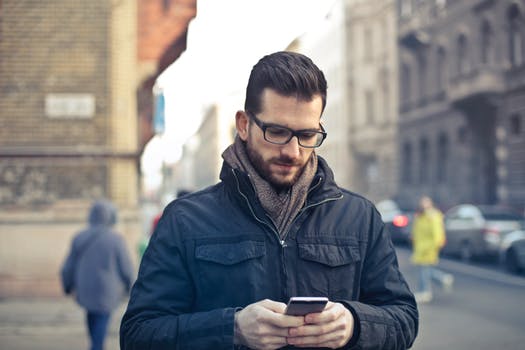 They say that smartphone addiction is just like any other addiction, except for the fact that it is socially accepted. If you are on the subway, having a meal at a restaurant or even out on a relaxing day at the beach, chances are you will see at least a dozen people on their phone – whether they are checking their social media, taking pictures they can share, texting with others while they ignore their current company, or reading the latest insane news coming out of the White House.

Worse yet, this is also going on in every office and university campus, where mobiles phones and social media are winning the battle for the attention of our workers and students versus more productive tasks that simply cannot compete with the immediate gratification that mobile phones can give. Not only does this hurt the individuals themselves, but it hurts the bottom line.

While this all might seem painfully normal to us at this point, the truth is that spending time on our phone is usually to the detriment of our mental health, as it forces us to spend hours each day paying attention to things that do not help us grow as human beings. As our mental health deteriorates, it will inevitably affect our productivity, not only at the office but in other areas of our lives, as we focus more on improving others perception of ourselves than on actually improving ourselves.

In many ways, the ways we use our phone are the equivalent of putting your mind on a diet consisting only of junk food, with very little nourishing activities taking place from our beloved pocket-sized devices. For every bit of junk food you feed your brain, you are neglecting to feed it anything that will ultimately help you in achieving your professional goals or self-realization.

Whether we are aware of it on a daily basis or not, the practically limitless access to digital technology, is transforming modern societies in ways that are seeing increasingly negative effects on business, personal relationships, and the neurological development of our youth – which is being exposed to technology since a very precocious age.

According to studies, most people check their smartphones around 150 times per day, or approximately every six minutes. It is also estimated that young adults send an average of 110 text messages per day, using different social media apps.

These numbers illustrate the kind of dependency that we have created with our mobile devices, which provide most people with more than just a source of news and entertainment, but rather a constant stream of dopamine and validation every time they hear a notification alerting them of someone reacting to their publications or texts. A recent study showed that 46 percent of smartphone users say that their devices are something they couldn’t live without, taking dependency of our devices to a frightening new level.

A 2016 study in Computers in Human Behavior determined that people who experienced fear of missing out or a need for a connection were the most likely to overuse their phones, trying to gain comfort and distraction from their online lives in order to avoid dealing with negative emotions or things that cause them stress. This often results in people avoiding their responsibilities and their plans, and instead turning to the validation and distractions that modern technology has to offer.

Not only is this practice in itself heavily linked with loss of productivity and depression, but in most cases their obsession with their social network life leads to a detriment in their social life offline, usually furthering the feeling of loneliness and anxiety.

It is not just social media that has a negative effect on mobile users, as modern smartphones have also allowed us the possibility of having a gaming device in our pocket at all times. While playing games like Hearthstone, Clash of Clans, or spinning the reels on your phone can be a great way to pass the time during those morning commutes, playing these games excessively can have negative effects on your productivity, particularly if allowed to take over spaces in your life where you would otherwise be doing something beneficial. That is why it is important to be aware of relevant information regarding gaming responsibly.

Likewise, games featuring microtransactions – like the hugely popular Candy Crush – have been deemed to be addictive and have cost many people more than could ever be considered reasonable or acceptable. While the games themselves are free, allowing people to purchase items that will help them get ahead in these highly engaging and competitive games has resulted in a great business model for companies like King – but has cost many people with addictive personalities and parents of underage children oftentimes thousands of dollars.

Should we turn off our phones?

Regardless of their negative effects, it is safe to say that mobile phones have managed to improve our lives and the way in which we do business in significant ways. Therefore, getting rid of mobile devices isn’t really the correct way to deal with the negative effects our phones can produce in our lives.

Like almost everything good in life, smartphones can be a fantastic addition to our lives as long as they are used in moderation. Knowing when to leave your phone at home and go out to enjoy outdoor spaces, create real life connections, work on your offline relationships with friends and family, read, exercise, and pursue your hobbies, will certainly help you balance your life and prevent you from entering a negative loop in your one-sided relationship with your device.

How to Develop a Healthy Relationship