Been Tasked With The Role Of ‘Team Leader’? Here’s How To Make A Positive Impact 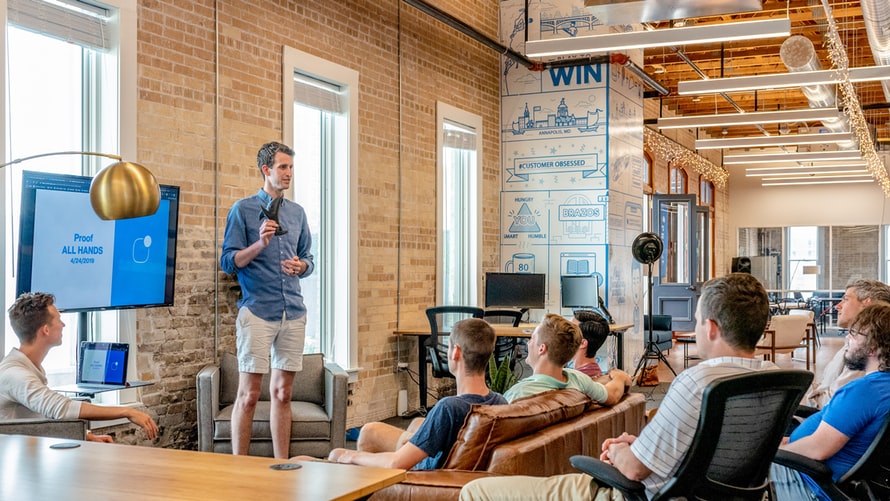 If you’ve been given the job of commanding others before, then you’ll know that your entire perspective must change, and you have to shake-up your actions a little. Working under someone and being just another cog in the well-oiled machine is pretty straightforward – you know what you have to do each day. You have to turn up on time, complete certain tasks, clock out, and then repeat. As the person in charge of a group, however, you have a little more responsibility on your hands.

When you’re the person tasked orchestrating a group and the tasks at hand, you have to make sure that you’re leading correctly and that the group responds well to you. If they’re not happy with the way you’re behaving, then they may not produce the results you’re looking for. Here are some points for you to follow if you’re ever in the position and are in need of a little help:

Know What You Must Do Yourself

This point is pretty self-explanatory, but there are lots of bosses and underbosses out there that like the idea of being a leader without having the knowledge on a subject in the first place. You’ll have to know exactly what each member of your team is supposed to do. When they ask for help – which they will do at some point – you need to be at hand to explain things clearly. You can only get by without being clued in for so long before you’re found out. Put in the effort and do some learning yourself.

Many people that find themselves in higher positions tend to take it for granted. They feel as though they’ve worked hard to get to where they are, so now they can ease off a little and change their attitude a little – don’t do this; continue as you were before. People in positions of power might also become a little sterner with the way they behave. Many use their position to get what they want – some even begin to (intentionally or unintentionally) harass others. Don’t fall into this horrible trap; be a good person. You never know whether your actions could mean the likes of Ogletree Deakins and other employment lawyers come knocking.

Whenever you need to tell the group something, you should open up and tell them. Don’t keep things bottled up – that gets you nowhere. If something needs to be said regarding the work or regarding anything personal, then say it – it won’t be a problem. Things can be handled when they’re out in the open.

Don’t Pile On The Pressure

People work so well when they have a clearer head and don’t have the pressure of time and importance. Even if things are pretty hectic, do your best to make sure that they’ll get things done on time. If they have confidence in their own ability to work, then they’ll get everyone done just how you’d like it. There is, of course, a time where you should be a little harder, but those instances are few and far between.

What Social Media Platform Should Your Business Use?

Nowadays, when you use the services of a web design company, you expect them to do more th[...]

4 Small Business Services that You Should Outsource

It is advisable to cut operational costs wherever and whenever you can. Outsourcing is an [...]

If you’re not getting a very lively reaction to your business website, there may be more you can do.[...]

How Additional Finance Can Influence Your Business

Part of owning your own business is accepting the fact that you won't always have the nece[...]