Can England take advantage of Ireland’s injury troubles in the first match of the Six Nations? 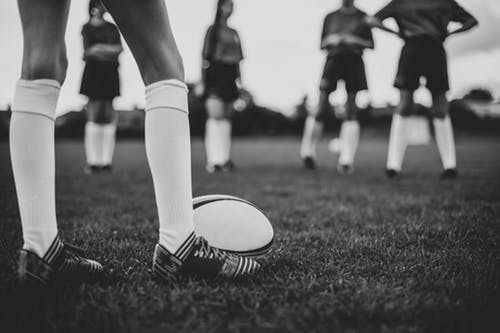 Ireland’s coach Joe Schmidt has been unable to name a full-strength squad for the opening Six Nations fixture against England. With several injuries to the squad, could Six Nations rivals England take advantage when the two sides meet on the 2nd February at the Aviva Stadium in Dublin.

The Irish team will be missing locks Iain Henderson and Tadhg Beirne for the big match, which could tip the balance in the favour of England. The injury to Henderson in particular will be a blow because he had only just recovered from an injury before sustaining a finger injury against Leicester Tigers which will result in him being out for several weeks. With the vital role the locks play in the match, having two experienced players missing for the match that could determine who goes on to win the Six Nations is a huge loss and one that everyone in England rugby will be hoping they can capitalise on.

Injuries have hit Ireland so badly that Schmidt has been forced to name three uncapped players from Connacht for the opening match. Scrum-half Caolin Blade, fly-half Jack Carty and centre Tom Farrell could all feature in the match against England, but being untested in the international game could leave Ireland at a disadvantage against their Six Nations title rivals.

In better news for the Emerald Isle, fly-half Johnny Sexton is likely to be fit for the match, easing some pressure on the Irish squad. Sexton’s club boss Leo Cullen believes that the Leinster fly-half will be ready for his national side’s opener this coming weekend. Despite the injuries, the Irish are confident of defeating England and of winning this year’s Six Nations. Beyond that, they will be hoping to become only the second European nation to have ever won the Rugby World Cup, which kicks off in September this year.

England have injury worries of their own though, with co-captain Dylan Hartley set to miss the first game through injury. Head coach Eddie Jones is hopeful that he will be able to participate in other matches during the tournament. Some England fans aren’t disappointed by the exclusion of Hartley as they believe that he can at times be a liability, conceding unnecessary penalties.

Things between England coach Eddie Jones and Ireland fly-half Johnny Sexton have been heating up recently with Jones suggesting that the Irish star gets preferential treatment from referees and that “Sexton has the bat phone to the referees. When he talks, the referee listens.” Jones went on to claim that England’s own number 10 and co-captain, Owen Farrell, does not receive the same treatment and protection as Sexton does.

England’s captain for the opening match recently underwent thumb surgery to repair a thumb tendon, but he is expected to be ready for the big clash. If England are to improve on last year’s performance, which saw them finish in fifth place, then they will need Farrell fit and raring to go. Should Farrell fail to make the first match, then it will be down to the only other 10 in the squad, George Ford, to take over, with Eddie Jones opting not to take another fly-half as a precaution.

It’s certainly a risk from the England coach, but sometimes those risks pay off and if Farrell is fit come match day, then Ireland will need to be wary. Even with the injuries the English know that Joe Schmidt has a strong squad at his disposal and with the opening match likely to decide the eventual winner of the Six Nations, neither side can afford to slip up.

It’s not surprising to hear anyone say that they deplore the debt they’re in and that they avoid deb[...]

Eric Reyes is a passionate thought leader having been featured in 50 distinguished online and offlin[...]

Why Investing in your Business is So Important

When you start building your business, you will eventually get to the point where you need to start [...]