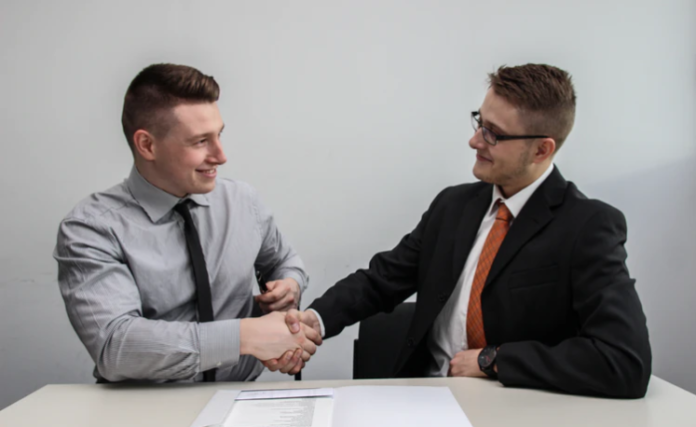 The majority of people out there want some kind of promotion. It brings a great sense of respect to yourself, knowing that you are being recognised for the hard work you have put in. But how do you get one? If everyone wants a promotion it can be hard to get one. Competition is fierce, and bad feeling is often whipped up when more than one person goes for the new job, especially when these people all work together in a close knit space. There are ways to ensure you drive forward and get the promotion you need. Keep an open mind. The promotion may require lateral movement before you go up to the next level or perhaps significant investment on your part. There are many ways to make yourself more attractive to those wanting to promote someone in your workspace. You may have even considered some of these points, use them as a sounding board, what are you most likely to respond well to? Start doing it as soon as possible. There is no time like the present. The key is to do everything in an endearing way that garners support. Don’t do anything that causes reprimand or people’s estimations of you to fall. Good luck!

One of the more obvious ways of bringing about promotion is by increasing your skillset. If you think it through it is logical. If you are more skilled you are likely more attractive than someone without the skill or the motivation to learn them. Nursing can be used as an example. Studying an RN-BSN Degree can allow the individual to progress down a certain route, where without the qualification you cannot. Let this be inspiration to you. Look at the grade above you. Why do they make more money? Are they in management? Then study a relevant qualification. Are they particularly skilled individuals? Study something that increases your skill in that regard. Perhaps it is coding? Or specialisation. Having the qualification means you can have a right to be promoted. If the need arises you will be likely at the front of the queue. They would rather recruit someone who has a basis in knowledge or what is required than someone who has not.

Don’t Let Pass Over Put You Off

So you didn’t get promoted while still having the skillset? Look elsewhere. No one says you have to stay in your current role. Consider moving to a different company, one who appreciates your skills all the more. Look at sites like Linkedin. Upload your qualifications, current job, experience etc and make it clear you are looking to move. You could soon see messages pinging into your inbox. It happens all the time. Just because you can’t move on up in your current job maybe you can start higher in your next role, meaning a pay rise and increment of responsibility. It makes all the difference and you can get it. You never know, when you make it clear you are leaving for another job they could promote you in any case. If you have the right skillset for the next step up, people will chase you. It is just a case of advertising yourself in the right way to lure people in. Try not to let pass over hurt you too much. It can be a tough period in your life, especially if promotion in your workplace comes around rarely.

Sometimes you need to tell your superiors that you are looking for promotion. Don’t just blindly expect it because you need more than the skills, you also need the right attitude. You need to be able to show them you want to progress. Ask for a meeting with your superior and voice your concerns. It may be you haven’t been considered because people thought you weren’t a viable option. You can correct this by telling them you want it. First, it will make you look like a go getter, decisive and ready to ask for what you want. Secondly, it puts you on their radar. Perhaps there aren’t going to be promotions for some time. Asking the questions will see you find out. As such, you can think about looking elsewhere for higher pay and a better job. Knowing is everything. Don’t waste time. Take the initiative.

You need to show willingness to work. Perhaps promotion means you’ll be working at a higher level with more to get through. Take on more work. Sign up for all additional. Being able to cope with it shows them you can be promoted and do well. Are they running any courses? Sign up to them. They could be IT based, or perhaps they are concerning people management skills. Signing up shows the right attitude and initiative. If you do this you won’t have to apply for promotion and hope for the best. Instead they will seek you out as a high flyer who clearly knows what they want. It may not happen right away, but if you like your job keep at it and it will soon come. So long as you know the route of the company and they aren’t going under anytime soon. They may not be looking to promote for years to come, especially if they are a smaller business. If so it may be time to jump ship. Do your research and make an informed decision, do not act on hearsay or rumour.

If you make promotion chase you then you are immediately on the front foot. You could even haggle for better benefits or a higher pay rise. Be smart and be logical. Don’t let your emotions govern your actions. Take a step back and look at the wider picture. Never place your own limitations or blockers. A great opportunity at a higher level could be waiting for you across your city, but if you are unwilling to look outside your current place of work you will never know. Be open minded for the best chances of promotion and success.