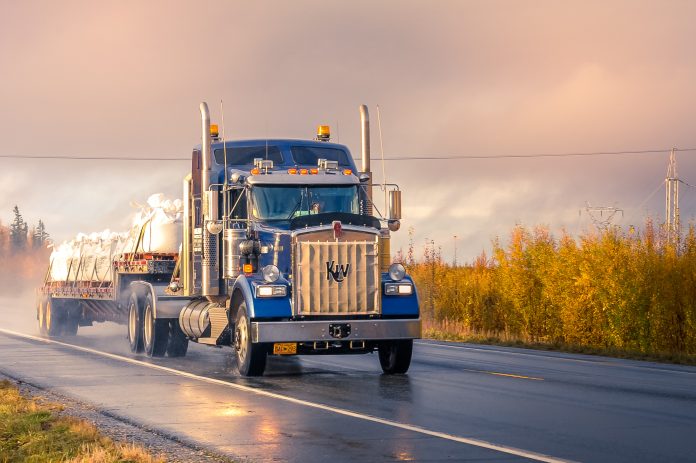 Connecticut recently approved a new commercial vehicle tax. The Governor, Ned Lamont, has defended the tax, saying that the state needs it for infrastructure improvements. This new “Highway User Fee” should go into effect soon.

The commercial trucking industry has erupted in protest over the new tax. Trucking companies feel like there are other ways the state can generate the approximately $90 million annually Gov. Lamont claims it needs if it hopes to meet its infrastructure goals. The two sides definitely appear to be at an impasse, but ultimately, it’s the state that will determine whether the new tax is appropriate, and the commercial trucking industry has little recourse.

It’s interesting to look at this battle within the larger framework of infrastructure spending that the Biden administration has said is one of its priorities. We’ll delve into that in a little more detail now.

What Truckers Can Expect in Connecticut Soon

Trucking has long been a dependable job for blue-collar individuals with driving skills. All you need to do is attend a trucking school, get the lessons you need, and attain a commercial trucking license. You do not need a college degree, and you can make a pretty decent living as a trucker.

Truckers don’t much like the idea of Connecticut’s tax hike, though. The state plans to implement it starting on January 1st, 2023.

Only heavy-duty truck carriers will feel the sting. In the Connecticut House of Representatives, every single Republican voted against the bill, while six Democrats did as well.

The legislation also passed in the Senate by a vote of 22-14 earlier this month. The law states that the tax will come into play based on vehicle weight. For instance, commercial trucks that weigh between 26,000 and 28,000 pounds would pay 2.5 cents per mile when they drive within the state.

Why Does Connecticut Need the Money?

Connecticut can expect to rake in about $45 million in new revenue from this tax in the fiscal year 2023. They can anticipate about twice that every year afterward, adjusted for inflation.

Carriers that want to use the state’s highways will need to apply for a permit, and at that point, they will have to pay the tax starting in 2023. It’s not likely many trucking companies will want to completely circumvent the state of Connecticut, so they’d better get ready to pay those taxes in the not-too-distant future.

Connecticut, like so many other states, says they need the money to repair their crumbling roads and bridges. Most of the country has similar issues, which is why the Biden administration and Congress have talked about infrastructure as a priority for the past couple of months. Now that America is starting to get the pandemic under control, this is emerging as the latest issue lawmakers will have to attempt to navigate.

While both Republicans and Democrats in Congress and the Senate agree to prioritize the national infrastructure, that’s where the conversation starts to deteriorate. The Dems want a bigger spending package than Republicans do. The Republicans are casting themselves as budget hawks, not wanting to drag the nation further into debt.

A central figure in these ongoing discussions is Senator Joe Manchin of West Virginia. Manchin is a Democrat, but he seems to be the one member of that party who often opposes Democratic legislation, with the possible exception of Arizona’s Krysten Sinema. They each oppose other Democratic notions as well, such as doing away with the filibuster.

The Dems will need support from every Senator and Congressperson if they hope to push their legislative packages across, including any infrastructure spending initiative. What’s notable is that some states, such as Connecticut, are taking action on their own. This heavy-duty truck tax is a perfect example of a state moving decisively to raise money without needing political approval on the national level.

The Tax is Coming

While the trucking community is in an uproar, some Connecticut lawmakers insist they’re not asking for all that much. State Rep. Sean Scanlon noted that if a trucking company wants to travel the entire length of I-84 through the state, it would cost about $9. By contrast, it would cost trucking companies $100 to cross just one way on the George Washington Bridge.

Regardless of how the trucking companies feel about the new tax, though, it’s coming. It’s anyone’s guess whether they will find it as onerous as they claim, but Connecticut will certainly benefit.