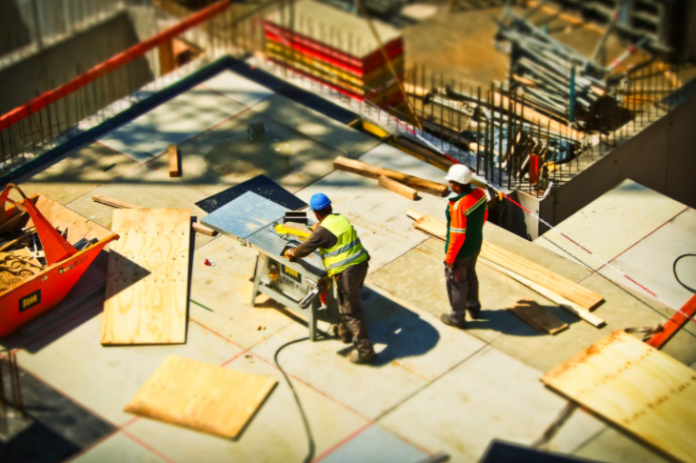 Sullivan Alexander is a contributor on the Price of Business on Business Talk 1110 AM KTEK (on Bloomberg’s home in Houston), whom you can learn more about at, www.contureadvisors.com

He oversees Stalco’s daily operations, bids, and marketing. Under Kevin’s leadership, Stalco has thrived during the recession, despite every fifth construction job nationwide being lost over the last five years. The firm has not laid any of its employees off due to the economy since the recession had begun in 2008. Kevin is a Co-founder of Contractors For Kids (CFK), a non-profit organization focused on supporting seriously and terminally ill children and their families.

Founded in 2005, CFK has raised over $3 million and assisted more than 400 families. The non-profit serves as a financial lifeline after families have exhausted all other resources due to the cost of caring for a seriously ill child. The organization assists families with travel costs related to treatments unavailable locally, healthcare expenses, mortgage payments, and utility bills. It also financially assists parents faced with the heartbreaking task of making funeral arrangements for their children.

Tell me about your firm (products/services offered, number of employees, location, type of customers you work with, etc.).

Established in 1992, the firm builds commercial and institutional facilities for office, retail, educational, healthcare, public, and worship clients. The value of the Stalco’s on-going projects totals approximately $140 million. It currently has 47 employees.

Stalco’s current and recent work includes the $8.4-million Battery Park City Community Center and the $15-million restoration of the landmark Pier A in Manhattan; the $24-million renovation of the Vaughn College of Aeronautics and Technology in Queens, NY; the new, $5.2-million Emergency Department at the Lincoln Medical Center in the Bronx; the $1.4-million Home Fair store in Queens, NY; the Ultra Diamonds jewelry store in Riverhead, NY; and the on-call Construction Management contract for the 780,000-square foot CA, Inc. Global Headquarters in Islandia, NY.

Tell us about your business cost cutting strategies and efforts to make your bottom line more attractive?

In 2009, when many firms began to struggle, Stalco took a leap forward. The firm followed a creative, yet very common sense strategy that catapulted it to the forefront of construction services in the Greater New York area. Stalco boosted its 2009 project volume to $80 million – double that of the previous year. By 2013, it reached a project backlog of $140 million, increased its staff to 47 from 30 in 2008, doubled its line of commercial credit, and won several coveted projects in New York City, a market it decided to aggressively expand into just four years earlier. Stalco also strongly moved into the commercial construction market, a sector not previously consistently pursued, and expanded into the pre-engineered structures market.

The ideas behind this incredible success are simple: a dedicated team, personal and organizational accountability, consistent and continuous marketing efforts, cost control, and conservative financial management.

Stalco introduced a policy of absolute adherence to deadlines, both on projects and in internal operations. Within weeks, this approach resulted in streamlined operations, efficient and timely billing, delivery of projects ahead of schedule, and significantly increased productivity. Stalco implemented a highly efficient financial reporting system that updates executives daily on the firm’s condition—a tool that allows the company to offer competitive pricing without unnecessary risk to the bottom line.

Stalco also aggressively renegotiated contracts and fees with all of its vendors – telephone system provider, car leasing company, garbage pick up service, office supply vendor, etc. The firm requested that all vendors reduce their fees by 30 to 50% and reached out to new ones to increase the competition. Some of the regular vendors agreed to the cuts and stayed with the company. Some did not and were replaced. This strategy has resulted in Stalco’s lower overhead costs and eventually leading to numerous successful bids when the firm outbid competition that didn’t focus enough on cutting costs.

What do you see as “hot button” issues in your industry?

Nationally: unstable regulatory environment. Regionally: decline in school construction due to spending limits by local school districts during the past four years. Although in limited numbers, new construction bond issues are being approved by local voters this year, which is a good sign. However, projects included in these new programs won’t begin for at least several months. The amount of new school construction work is still very limited and projects are generally smaller than those built prior to the recession.

What makes your business different from the competition?

There are two aspects to Stalco that allowed it to beat the recession. The first is operational. Unlike most construction firms that rely on subcontractors to provide pricing for various projects elements prior to submitting a bid to a client, Stalco does all cost estimates in-house. This addresses the problem of frequently significant safety margins included in subcontractor estimates that lead to overpricing. The firm has a stable of quality, well-managed subcontractors who are capable of performing work within Stalco’s accurate material and labor cost estimates.

The second difference is in a relationship between the firm and its employees. Considering personnel part of their extended family, the principals promised in late 2008 that no one would be laid off due to the economy and all generous benefits would be continued. In return, they requested that every employee commit to deadlines, participate in business development efforts, and become involved in the company-wide business decision process. Both sides delivered, and the company’s staff has grown by 50 percent since 2008. Stalco has continued hiring throughout the recession and built an excellent team of construction professionals.

Every employee joined an industry association or civic organization, attends events every month, and develops relationships with prospective clients. As Stalco staffers drive through their neighborhoods, they take down addresses of commercial spaces for lease and contact information for brokers or owners who might need construction services down the road.

Stalco also involved its subcontractors in overcoming the recession. The companies pooled their marketing budgets and developed a joint publicity and advertising program that benefits all participants as Stalco wins new projects. In 2009, when most builders slashed marketing budgets, Stalco increased its marketing spending tenfold. By now, many competitors went out of business, while Stalco is steadily expanding.