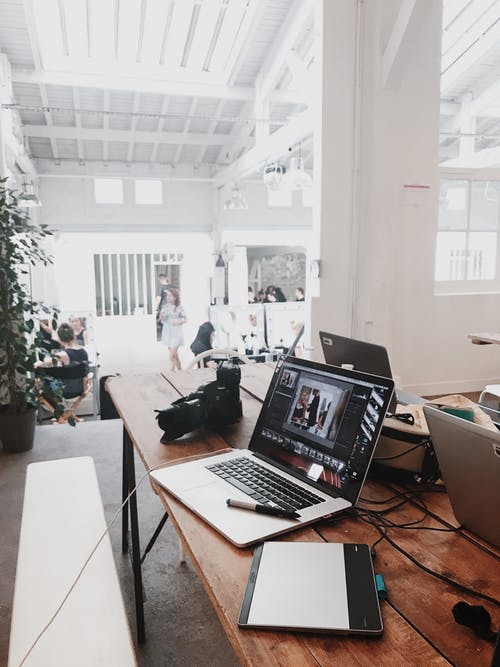 A headshot is a close-up picture of a person, usually just their head and upper torso. It is normally taken by a professional photographer in order to be used for publicity purposes. The selected background of the picture as well as style of the photo, manner of dress and hair, and how it’s lighted will all be determined by the brand of the company, product, or idea the picture is intended to accompany.

An old company that’s been around for years or decades isn’t necessarily a bad thing but corporate cultures can become ossified and unable to adapt to changing circumstances. As new, younger companies rise up to challenge them, they may try to beat the old bull at their own game and unintentionally copy their unyielding approach to new techniques.

The best competitors, regardless of age, are the ones who can adapt to changing circumstances. When most people think of the legacy media they envision print or television, but some online news sites have been around long enough to qualify as legacy sites too – and pick up some bad habits from their pre-internet competitors.

One of those bad habits is too much advertising. Some sites flood you with it until all you want to do is escape. Another bad habit is sloppy or non-existent headshots on their corporate pages.

Professionalism Is Worth Paying For

Take a look at these book covers. Each author had to pay an artist hundreds of dollars to create the cover art before the book could go on sale and earn a single penny, but it was money well spent. Without knowing anything about the book you can instantly tell from the cover that it’s a sword and sorcery novel. You can usually tell who the main character is because they are standing front and center. You can also tell something about their enemies. It only takes about 1-2 seconds to make those observations and draw those conclusions.

Corporate headshots do the same thing for your company and in roughly the same time span. They tell people what your company is like by showing them who works there. Putting those headshots on your social media pages is even better.

You won’t get a good return on your investment in advertising if people already have a skeptical attitude toward the medium where you’re doing the advertising. To overcome that skepticism, you need to step up your game. The first step is to pay for professionally done headshots for your corporate page and social media.

There are a number of professional studios that specialize in headshots. One of them is JA Headshots who have complete studios for taking pictures that will match your company brand. Those photos and headshots can be used on your corporate website as well as on your social media accounts which is where most of your potential customers will see you for the first time.

Professional photographers can guide you through the whole process with invaluable advice on how to match your picture to your corporate brand in a way that is instantly obvious to anyone who sees it, just like the cover of those books we talked about. It takes years of skill and knowledge to take pictures like that, and again, like the covers of those books, it’s money well-spent.

Because you are spending some money, help the photographer by being ready for the studio session. Here are a couple of tips.

You need a rested appearance when your picture is being taken. You can only get that if you’ve had a full night’s sleep. Go to bed early the night before so you can get a minimum of eight hours sleep.

Studio portrait sessions can be tense at the best of times. Bring a good friend along with you for moral support as well as to lighten the atmosphere. They can crack a few jokes or simply put you at ease just by being in the room with you.

Helping the photographer helps you. Good headshots will get good results.