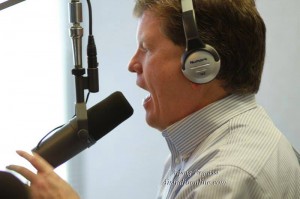 In 2014 the European Commission announced a number of legislative acts affecting central securities depositories (CSDs). These acts are currently being implemented and have broad ranging effects on considerations for primary issuance. In current focus are the measures for settlement discipline which seek to improve settlement efficiency. Also currently in the spotlight are the June 2017 authorizations for CSDs and the June 2018 entry into force of RTS/ITS on securities depository regulation.

The legislative acts announced by the European Commission were designed to increase the standards for CSDs by implementing higher quality risk management, new corporate governance and specified capital requirements. A key aspect of the acts is also improving the quality of securities operations for primary issuance and existing market participants.

Additionally, the directives also focus on bringing the European market into closer alignment with the rest of the world’s CSD clearing procedures. Euroclear provides a central resource page on how CSDs are being affected by these new regulations with a focus on the impact on businesses utilizing CSDs.

Settlement discipline is currently an aspect of the market legislation that is being debated. Stronger settlement discipline would attract increased primary issuance and also improve market efficiency overall. Within this realm immobilization and dematerialisation of securities, and the settlement cycle are important measures for improving settlement efficiency. These initiatives all target post-trade procedures performed by CSDs and seek to harmonize European Union practices.

In June 2017 the CSDR reported a significant milestone, the authorization of CSDs. This authorization applied CSDR Titles III, IV and V. Title III enacts measures directly related to the regulation of CSDs as entities including new operational risk requirements specifically obligating CSDs to monitor the operational risks of their key participants. Title IV focuses on requirements for banking-type ancillary services performed for CSD participants and are particularly focused on commercial bank money settlement. Title V is in regard to the sanctions imposed on CSDs.

The next target date for legislative enactment is June 2018 when the European Commission will introduce regulatory technical standards (RTS) and implementing technical standards (ITS) for securities depositories. The European Commission is planning to release guidance on Articles 6 and 7 which will regulate and improve the efficiency of communication between market participants. Also occurring with the next release is the regulation of internalized settlement which will regulate market transactions and improve efficiency. Once released, the new guidance will be phased in two years after entry into force.

The European Commission has been implementing a series of rules across Europe for increased efficiency and operational services to the benefit of companies considering primary issuance. These new regulations have also helped to improve investment operations for all types of securities being transacted in the European markets. Europe plans to improve settlement discipline and is actively researching new rules for immobilization and dematerialisation of securities which will be introduced in 2023 and 2025. In June 2017 it began the regulation and authorization of CSD entities which enacts greater accountability and oversight over these entities with specific legislation for operational risk management, banking-type ancillary services and sanctions. Beginning in 2018 the European Commission is planning to release guidance on RTS and ITS which will help to improve communication between market participants and also improve the efficiency of internalized settlement. Overall, the legislative acts are expected to enhance the overall market efficiency, transparency and accountability bringing greater credibility to the investment operations of the European Union and aligning it with the market quality of other developed countries throughout the world.