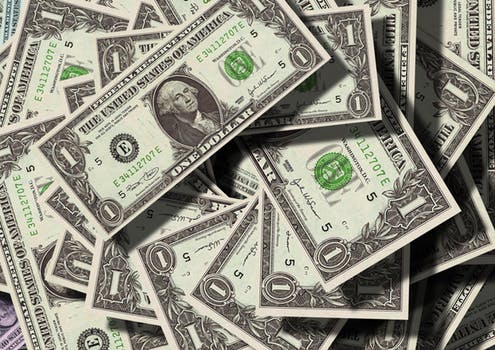 The dollar is beginning to trade under pressure as U.S. data begins to ease. A stronger than normal second quarter GDP report, will likely be followed by easing growth in Q3. Trade sanction are beginning to take their toll on U.S. manufacturing data. Retail sales for June was in line with expectations, but this data is now in the rear-view mirror. The Fed is projected to continue to raise interest rates, but the pace could be slowed by weakening U.S. data which would weigh on the U.S. dollar.

While the U.S. economy is robust, it appears that trade concerns have eroded some manufacturing confidence. The U.S. July Empire State manufacturing index fell 2.4 points to 22.6, reversing about half of the 4.9 point increase to 25.0 in June. The index was at 12.7 last July, which means that it nearly doubled year over year. The June print was the highest since October’s 28.1 which compares to the cycle high of 33.2 in October 2009 and expansion low of -16.9 in February 2016. U.S. manufacturing sentiment is at the upper end of the range, and there is no sign from the Fed that they plan to slow down their normalization of interest rate increases.

Growth in the Past Was Strong

Atlanta Fed’s Q2 GDPNow estimate boosted to 4.5%. The increase to this level is approximately .5% above Wall Street estimates. The Atlanta Fed also sees Q2 consumer spending up 0.4% to 3.1% following the Commerce Departments June retail sales report. The GDP now model also sees government spending growth increasing to 5.6% from 1.4% in the prior quarter.

Retail Sales Were in Line but May was Revised Higher

The bump in Q2 growth prospects are predicated in strong retail sales growth for May and June. Retail sales increased in June by 0.5% and rose by 0.4% excluding autos. Sales excluding both autos and gasoline along with building materials increased by 0.2% compared to 1.1% in May.

Automobile parts and vehicle sales rose by 0.9%. Gasoline sales rose by 1%, after climbing by 3% in May. Sales are based on price and volume and the recent increase in price has driven the total value higher. In addition, online sales rose 1.3% from 0.4% in May which continues to perpetuate the rise of internet sales.

While it appears that there was strong growth at the end of the Q2, the Q3 has started slowly. Manufacturing sentiment is lower, which has started to weigh on the dollar. While the Fed is likely to continue to normalize interest rates, investors who trade online are likely to focus on forward looking sentiment numbers to determine the direction of the greenback.