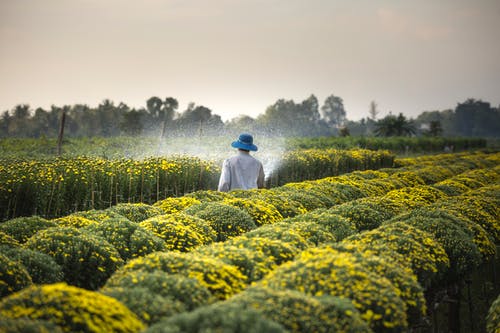 The ammonia demand is expected to be led by Asia because the ammonia growth in Asia will see a growth of up to 4% in the future. This is because of the agricultural segment that is likely to see an increase in demand. China and India are the largest consuming countries of ammonia, and these two are likely to push the demand further in the future too. The agriculture industry is where ammonia is used the most. In fact, the agriculture market share has the largest share of over 80%. This is because of the use of ammonia in fertilizers. As the use of ammonia in the industry increases, the demand will increase, which will push the suppliers to increase production.

There are many factors that have pushed the agriculture industry and production. The global population is increasing and so is urbanization across the globe. In addition, disposable incomes are increasing which has been a contributing factor. This has led to the ammonia market growth. Moreover, fertilizer demand is increasing across the globe which has helped the market to grow. As crop prices have declined and inventories are more than ever before, this has boosted the fertilizer industry. This has led to better economic stability in many countries, including Sub-Saharan Africa and Brazil.

Apart from the fertilizer market, the other uses of ammonia are in the textile industry, mining industry, pharmaceutical industry, refrigeration industry, plastics industry, rubber industry, food industry, etc. 13% of the market share of ammonia is of the non-fertilizer segment.  Beroe estimates that an increase in the mining activities in LATAM markets and in Asia is likely to increase demand for ammonia. Beroe’s ammonia market analysis states that the supply will improve in the next few years because of the addition of production capacities in regions such as the US. This is to ensure that the demand is met and the extra production can be exported.

While the fertilizer market is a bigger factor to drive growth the industrial sector is likely to drive the growth of the ammonia market too. The demand market for the industrial segment will grow at an estimated rate of 4%. There have been reports that state that around 10 MMT capacity additions are planned for the future. This is mainly for fertilizer production which means the supply will increase. In the past, the US has depended on other regions for importing. However, this will change because the US is planning to increase the supply domestically by increasing production capacities. This means a steep decline in imports for the US.

There will be additions in capacities in Russia and Asia too as ammonium plants are being built in these regions at a rapid rate. This additional production will help stabilize the price of ammonia in the global market. Beroe’s analysis states that there is a chance that Russia will have a surplus of ammonia production in the future with an excess of over 4 MMT. The Middle East will continue to supply ammonia to India as there is a constant demand. The ease of trade means that there is a likelihood that Canada will export to the US, although this might decrease. The demand for ammonia will increase to more than 230 MMT by the end of 2022, according to the ammonia market analysis by Beroe.

What Are the Financial Planning Services Available for You?