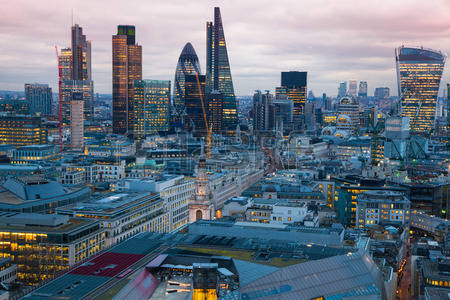 Back in 2015 during the Obama administration, Kevin and I discussed negative trends in both new business startups and business success rates. The good news is that since 2015 the number of startup companies seeking seed funding has increased and continues to rise. Here are the statistics:

Worldwide, the United States currently generates nearly 55% of all funding applications, an increase from the previous 18 months. Interestingly, India has held the number two position for the last year and a half, but startups in France, Canada and the United Kingdom, which follow the US and India in startup activity, have all experienced significant growth. In fact, throughout Europe, South Asia, and Latin America new startups are providing more opportunities for investors (both domestic and foreign,) and these investors are contributing to these startup ecosystems’ increased prominence.

Last year in the United States, California, New York, and Florida made up nearly half of all funding applications. Rounding out the top five – (5) states were Illinois and Massachusetts. North Carolina, Pennsylvania, New Jersey, and Oregon recently joined the ranks of the top – (10) ten states for new startups funding, displacing former leaders Colorado, Georgia, Virginia, and Michigan.

Two – (2) states showing notable growth in startups in 2016 were Massachusetts and Pennsylvania. Boston, Massachusetts, a mature hub on the East Coast for traditional tech companies, ended up at the bottom of the top 10 states in 2015, but by the end of 2016, rose to the fourth position for new startups, in part, due to the strong Start Hub initiatives of Mayor Marty Walsh. Pennsylvania did not break the top 10 during the last half of 2015, but appeared at number five – (5) in the last half of 2016, because of new startup activity in both Philadelphia and Pittsburgh.

By industry, “Consumer Products & Services” and “Internet Web Services” held the top positions for startups in 2015, followed by Healthcare, Entertainment, and Software. New industries to the top ten – (10) in 2016 were “Financial Services” and “Infrastructure Companies.”

Across the various stages of the business life cycle in the last half of 2016, companies “In Development” had the most applications (42%) for the first time, taking a slight edge over “Full Product Ready” ventures (at 40.9%.) This is likely the case because entrepreneurs are enticing private equity investors to get in on the ground floor of a promising product or service that is in development. Companies in the early “Idea Stage,” less likely to apply for and receive funding, came in at approximately 7.5% in 2016, but “Revenue Stage” companies have seen a steady increase in funding applications — suggesting more entrepreneurs are seeing funding as an opportunity to expand and scale rather than just get off the ground and investors are more comfortable investing after startups have begun to get revenue traction.

It is also interesting to note where startups are going for funding. Startups in the United States, for example, receive the most of their funding from US investors, with only 28% of investors coming from abroad. By contrast, French startups received about 40% of their funding from foreign investors in the last half of 2016, down from 57.5% in the same period of the previous year; and the majority of startup funding in Canada also come from abroad with a recent record of just over 65%.

According to Gust, an online startup & investing platform, founders submitting funding applications represent a diverse cross-section of the startup ecosystem: including 41% women, 32% minority, and 13% veterans. Moreover, nearly two-thirds of respondents are first-time entrepreneurs, who have not founded any previous startups, and they come from 191 different countries.

While the American startup culture remains strong, new innovation centers outside of the traditional US hubs, like Silicon Valley, continue growing steadily, as globalization continues its rapid pace. Based on the growth patterns from the end of 2016, experts believe the first half of 2017 will continue to see the expansion of opportunities for both startups and investors outside of the traditional domestic and international innovation hubs.

This summer I volunteered time with the startup group in my community that is affiliated with the Dallas Entrepreneurial Center (DEC,) which includes four- (4) different locations in the DFW Metroplex. The DEC’s objective is to help entrepreneurs start, build & grow their businesses and make Dallas a leader for entrepreneurship. The DEC also sponsors a venue for pitching your business and receiving feedback, educational workshops, networking with other start-ups and angel investors, and are growing a community Techies “who code.” There are similar groups in a couple dozen major US cities and more cities are getting involved in helping local startups every day.

Texas and Dallas have been ranked an A+ for starting a business by several different studies. In September, the start-up organizations in Texas’ four largest cities (Dallas, Austin, Houston & San Antonio) recently agreed to work together. My prediction is that in the future Texas will be among the ranks of the top startup states.

What Male Survivors of Sexual Assault Should Know