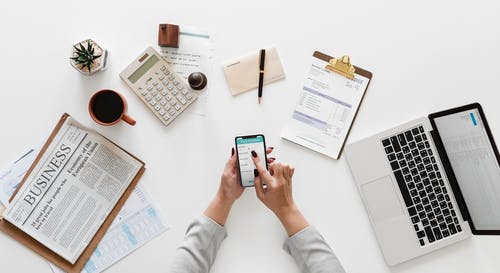 As of April 2019, Kickstarter has had an overall success rate of 36.86 percent according to online statistical researchers Statista. $4.2 billion has been pledged to successfully launched products. As we have just seen the online platforms tenth anniversary, we will assess the importance of crowdfunding marketing for companies before looking at some of the platforms more successful ideas – as revealed by research conducted by Betway.

For FinTech companies, receiving funding to bring ambitious challenges to life can be a gordian knot. Especially when faced by governmental red tape – or unforeseen problems in resourcing. The regulatory landscape faced by many businesses and investors can thwart even the best of ideas early on down the line. As banks became less willing to lend to start-ups following the financial crisis of the late 00s entrepreneurs have needed to find a new way to get funding.

The platform allowed Fintech companies like Monzo appeal directly to their consumer base. Only a few years down the line and Monzo – alongside other alternative banking platforms – are taking on the banks in true David vs. Goliath style. The same banks that refused to lend to them in first place.

Kickstarter has helped launch a number of successful projects over the years since it was first launched. To illustrate this, the smartwatch Pebble Time achieved $500,000 in 17minutes. Within an hour, it received $1 million in funding – before eventually earning $20 million by the time that funding closed.

On the other hand, campaigns with high social engagement attracted hundreds of thousands of backers through the highly strategic kitty powered version of Russian Roulette – exploding kittens. It eventually raised over $8.8 million thanks to the help of a unique marketing strategy where Kickstarter investors were invited to complete a number of fun games while the cards were in development.

Over $305m has been pledged via Kickstarter to games according to figures obtained by CNN – with exploding Kittens being, by far, the most successful of these.

In terms of commercial viability – the Oculus Rift remains Kickstarter’s most successful campaign. Although the project didn’t raise as much money as Pebble Time – the company was eventually bought by Facebook. At the time there was a rumoured $2bn figured floating around for the sale. It was later found out that the price was $3bn. Alongside the money made by the founders, the purchase also gave validation to the project. With a buyout from Facebook, many people saw this as a legitimisation of Kickstarter.

Some of the information was taken from research conducted by Betway.

2 Top Tips on How To Become a Successful Business Owner

Need Instant Cash? Payday Loans in Singapore Can Save Your Day!