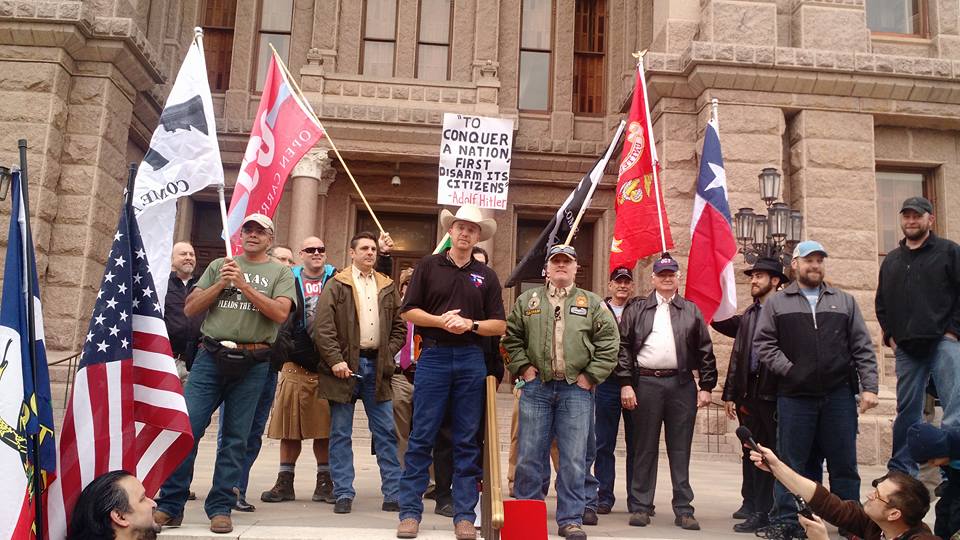 Olmos Park, Texas (April 3, 2018) – “Charges against our client CJ Grisham are pending for hearings. Misdemeanors are set in CC8 I (County Court at Law Number 8)  on April 19th and the pending felony is awaiting presentation to the Grand Jury and set in the 290th Judicial District Court of Bexar County in Texas on May 17th,” says Criminal Defense Trial Attorney JL Carpenter (www.JLCarpenterLaw.com), National Spokeswoman for National Association for Legal Gun Defense (SelfDefenseFund.com), “Although no gun charges were made, we protect and vigorously defend our members in situations of abuse of power, under victims’ rights. We are also contacting reporters who have erroneously reported on this case for retractions and corrections.”

Below is an approved statement from the defendant – CJ Grisham:

On Tuesday, March 27, 2018, I was tasered, physically injured, and arrested by Olmos Park police while peacefully walking down a public sidewalk openly carrying a legally owned handgun with a license. I was denied sufficient medical treatment for the injury to my head and I was further abused while in police custody.

Normally, it is the arrested individual who might remain silent. But in this case, it was the police who refused to talk. They remained silent as I asked what crime I had committed. They would not speak to me.

On Monday, March 26, 2018, I asked Olmos Police Chief Rene Valenciano if recent police interactions with gun owners are acceptable. “I don’t think it’s an issue that I need to address,” Valenciano told me.

I asked Chief Valenciano if I would be forced on my face if I open carry in Olmos Park. He refused to respond and told me it was a “very unreasonable question to ask.” He told me: “Provided that you have a license to carry a handgun and you are not committing any criminal activity, you don’t have anything to worry about.”

Video-footage show that is NOT what happened when I open carried on Tuesday. Chief Valenciano approached me. I asked if he was the chief. “I am,” he said. “Get on the ground,” while another officer was giving me different commands. Since I did not act quickly enough to one or the other officer’s commands, the Chief of Police, knowing I was not a threat and knowing I was not committing criminal activity, tasered me, injured me and had me arrested.

SelfDefenseFund.com is a comprehensive litigation protection membership covering individuals, families and businesses in regards to personal protection with the use of any weapon in all 50 states, U.S. Territories and Tribal Lands.

About JL Carpenter, Attorney at Law

J.L. Carpenter has worked both sides of the aisle, prosecuting and defending people facing criminal charges. In addition to gaining trial experience as a prosecutor, Attorney Carpenter has trained under highly skilled defense lawyers.

Today, J.L. Carpenter has over 17 years of trial experience and she has consistently and successfully represented citizens legally defending themselves. Some of her client reviews may be found at: https://www.avvo.com/attorneys/77546-tx-jennifer-carpenter-1785956.html

What that means for you as a client is that she understands how the prosecution thinks, what they are likely to look for as evidence and in negotiating a plea bargain should the case not go to trial. It also means Attorney Carpenter has the respect of her colleagues in the court.