Limited Power: Choosing The Right Devices For Your Team 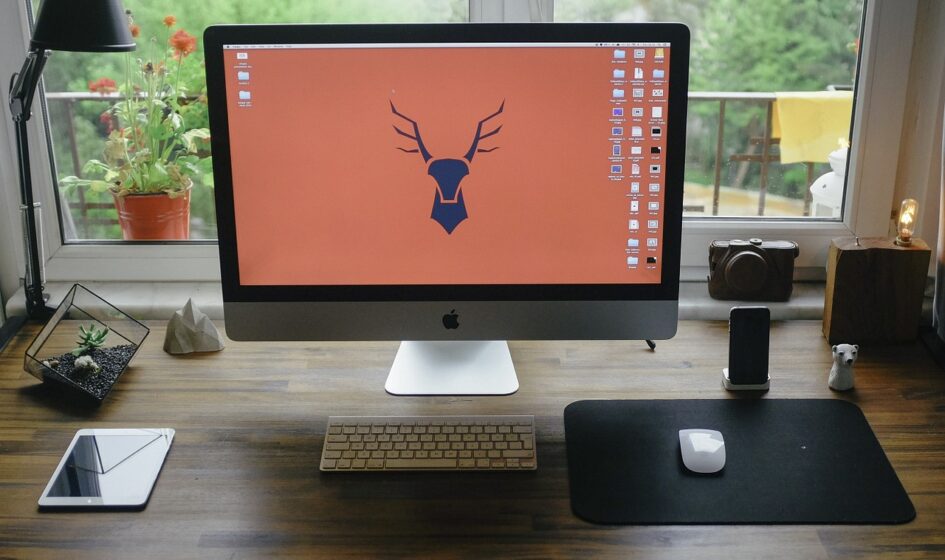 It’s no secret that computers and other digital devices are responsible for driving the world of modern business. No matter how hard a company works, they will always need to use machines like this, and this is often one of the largest investments a small business will ever have to make.

With so much at stake and the cost of your computer systems being pivotal in their value to your business, it makes sense to take an informed approach when you’re choosing the machines that will be best for your business. To help you out with this, this article will be exploring some of the key factors that go into this decision, enabling you to pick machines that have just the right level of power for your team.

The Problem Of Power

Computing power can be confusing to a lot of people, and this is partly thanks to the companies that make computer parts. It’s very common for people to make the mistake of thinking that their last computer purchase reflects the circumstances surrounding their next one, often leaving people to spend far more than they need to.

For example, if a small business owner spends $800 on a computer that lasts them for 5 years, they will usually assume that making a purchase of the same value down the line will be their only option.

In reality, though, technology will have developed over the 5 years that the old computer was in service. This means that you shouldn’t have to pay as much for the same level of power that you’ve experienced in the past, but it can be very hard to understand or see the difference between two machines if you don’t know what their specifications mean. It’s crucial that you keep in mind that a higher price doesn’t always mean better performance.

The first big decision you’ll have to make when you’re choosing how to handle computing within your business will be whether or not you want your network to be centralized. Centralized computing involves having a central server system that handles all of the heavy lifting, along with a set of low-powered computers that can display a virtual machine running on the server. In a decentralized computer system, each machine does all of its own processing.

Both of these options come with downsides and benefits, and the one you choose should be dependent on your circumstances.

Centralized computing is excellent for large offices that are packed with dozens of computers. Resources can be allocated to users, rather than the machines that they use, and this means that each employee can use any machine within the business, no matter how demanding their workload is. It also gives businesses greater control over their computers, making their systems more scalable in the future.

The biggest downside to centralized computing is its cost to small businesses. Unless you have 20+ computers, it’s going to be difficult to set up a suitable server and a set of thin clients for less than the cost of simply buying full-powered computers. In large offices, centralized computing can save a small fortune.

A decentralized computing system is far less involved than a centralized one. Each computer can be set up on its own, using its internal components to do all of the work users will throw at it, without a main server to control everything. Systems like Azure Active Directory can still be used to give your users single-sign-on and access to shared storage, but this is just about the limit of their connectivity.

Decentralized computing is the most popular option for small businesses. While you have less room for growth and it can make it harder to allocate the right machines to team members, this option will usually be cheaper for companies that only have a small team.

The Right Machine For The Job

Picking the right machines for your team members can be a challenge for those that don’t know much about computers. The system specs that are thrown at you won’t make much sense unless you’ve spent a lot of time learning about these machines. To make this a little easier, you can find a jargon-buster below, along with some examples of the sorts of specifications you’ll need to handle different workloads.

These aren’t the only components within your computers, but there are the most critical when it comes to performance. Motherboards can also play a role in your computer’s speed, though this is usually very minimal, and is something that used to make a much bigger difference.

Now that you’ve had a chance to learn a little about the jargon, it’s time to start exploring the different workloads businesses have to deal with. Each of these sections comes with recommended specs, though this is only as an example, and you will get similar results if you stick within the same price ranges being offered.

Nowadays, the vast majority of computer use happens within your web browser. This is partly because computers have gotten fast enough for web apps to work properly, but also because it makes a lot more sense in a lot of cases. If you spend your days replying to emails, writing Word documents, and using your calendar, it’s unlikely that you’ll need anything more than a very basic laptop or an iPad. Laptop and iPad rental is getting cheaper all the time, and there are loads of companies out there that can provide services like this.

Photo Editing And Other Mid-Tier Tasks

There are a lot of jobs that can’t be done on a low-powered machine. Photo editing, graphic design, and other artistic work usually require a machine that has a low or mid-tier graphics card inside it. Alongside this, tasks like 3D modeling also require a lot of CPU power, and this means that you may want a beefier processor to deal with it. A mid-range computer will usually be able to handle tasks like this, with those featuring a 6-core CPU, 8GB+ of RAM, and a gaming graphics card that costs less than $400 will usually be enough for this work, making your PC around $1000 overall.

Tasks like video rendering and using CAD software are very CPU and GPU intensive, and RAM can also play a heavy role in making them faster. You will usually need a workstation computer to deal with this sort of job. This means that you will be looking for a PC with a high-end consumer processor or low to mid-range server CPU (latest i7/i9, Threadripper, or Xeon), along with a mid to high-range gaming graphics card or low-range compute/server card (Quatro). The iMac Pro is a great example of a powerful workstation, though these machines are far higher in price than many businesses will want to pay.

Businesses that need access to huge amounts of computing power for tasks like medical testing simulations, physics simulations, and running intelligent AI systems often can’t be done on a normal computer. These workloads are the job of a server or supercomputer, and this means that you’re likely to need some help if you’re going to carry them out. Companies like Microsoft and Amazon Web Services offer supercomputer rental at far more reasonable rates than building your own.

With all of this in mind, you should be in a good position to start working on the devices used by your team. Choosing products like this is never easy, but this doesn’t mean that you have to break your back in the process. If you’re ever unsure about the right machine for you, there are countless communities around the web that will be more than happy to help you out.

How Do Entrepreneurs Motivate Themselves To Work Long Hours Every Day?

If you read any biography of a famous entrepreneur, you’ll always come across the grind section wher[...]

5 Ways to Ensure the Protection of Your Small Business

If you’re just starting out, one of the most important things is to ensure different areas[...]

Here Are 5 benefits Of Owning Your Own Car

Having some kind of transport is essential if you are to be able to go about your daily life. There [...]