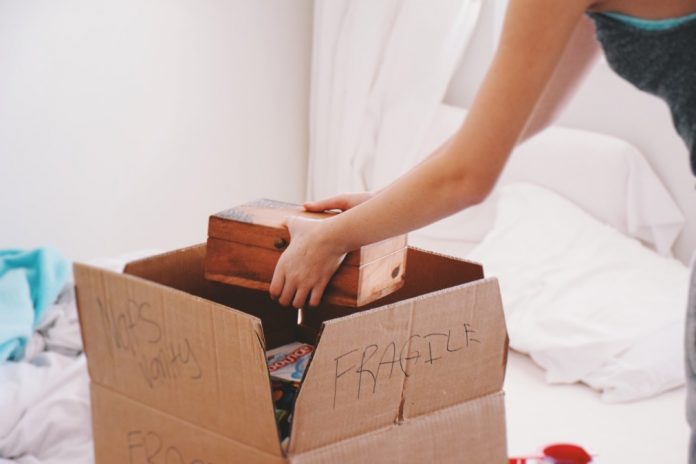 Most Americans move homes in the period between Memorial Day and Labor Day because it is often more convenient to do so during warm weather—but the heat and the fact that the moving industry is so busy in the summer can bring up some problems too. That’s why we’ve put together some important do’s and don’ts for those of you who are planning to move this summer.

Do Expect It to Be More Expensive

Since summer is such a popular time to move in the USA, it is fair to say that it is also typically more expensive to do so. Why is this the case? Schools and colleges are out, and families are more inclined to move when it will disrupt their kids the least, causing the summer to be known as peak season in the moving business—it really is that simple.

A big mistake that people who are moving house often make, at any time of the year, is to take all of their clutter with them to the new house. Not only can this make the move more expensive —more stuff often means a bigger fee—at a time when moving is already more expensive, but it means the new house will immediately be filled with clutter. It’s a far better idea to make use of self storage in Provo or to sell, donate, or trash the stuff you no longer really need instead.

Do Move Early in the Day

If you can, try to book your move for as early in the morning as possible. That way, you will miss the intense heat of the afternoon, which means you’ll be less hot, sweaty, and tired as you help the movers lug your boxes and unpack your stuff when you get to the new house. It’s also easy to underestimate the amount of time the move will take. It’s better to start early and spend more of the day unloading boxes than to drag your move on past dark.

If you’re moving in the heat of the day, it makes sense to pack a whole bunch of water bottles for your family, and for the movers. The last thing you need when you’re moving house in the summer is for anyone involved in the process to get dehydrated and be unable to work effectively or, even worse, end up getting sick. Having cool water easy to hand will really help with this.

Do Ensure the AC Is On at Your New Home

If you’re moving in the summer, it’s really smart to ensure you have all the utilities turned on in your home before the big day. That way, you can switch on the AC in advance and avoid turning up to a sweltering home where you then have to unpack everything in unbearable heat. Moving long distance? Switch the AC on the second you get there and unpack nothing but the essentials until it kicks in.

Don’t Move on a Holiday Weekend

Why not? Because it’ll be way more expensive than any other date during the summer, the traffic will be backed up for miles and there just won’t be as many movers available to assist you. It will be miserable.

Use these simple moving tips to plan your summer move a little more effectively.

The Power of Persistence in the New Work World