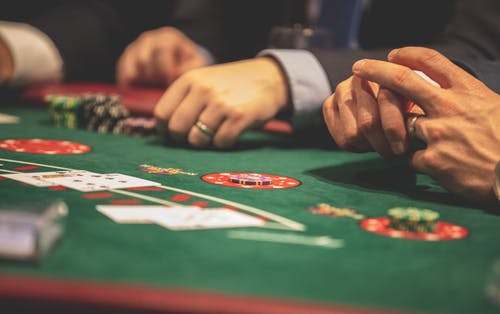 It was a long time in coming. For nearly two decades, casino gamblers in the UK have had access to casino games through a large selection of online gambling sites. Meanwhile, Americans were left with two choices if they wanted to play casino games: head off to the nearest land-based casino for a gambling vacation or hook up with an offshore online gambling site located in island countries.

In just the last year, the online gambling landscape in America has been going through a massive change. In increasing numbers, more and more Americans are getting access to online gambling options, including online casinos. The idea an American gambling enthusiast would ever want to visit a website like №1 slots website reviews by slots judge was beyond comprehension. Now, these kinds of websites have value to the American gambler who is interested in playing games of chance for real cash online.

It’s important to keep in mind that the wheels were actually set in motion over the last 10 years, prompting a lot of what is taking place now. The biggest change over the years has been the proliferation of land-based casino gambling throughout the states. In an industry that was dominated by Nevada and New Jersey (Atlantic City) for almost four decades, there are now 39 states that have legalized casino gambling through with either commercial or tribal casinos and in some cases, both.

As gambling interest has been increasing among US citizens, there’s been a big push to allow state residents to gamble online. For the longest time, the industry was looking for a catapult that would justify pursuing such legislation. That catapult came in May of 2018 when the US Supreme Court lifted its ban on sports gambling.

Immediately, a number of states began looking at passing legislation to allow its residents to bet on sports. At the same time, legislators began using this pathway to also legalize online sports and casino gambling. The results are not surprising.

As of now, there are 15 states that have passed legislation to legalize sports gambling. At least half of those states have also passed legislation that allows for online sports betting with computers and mobile devices. With no valid reason to leave online casino gambling out of the mix, we are now seeing a big push to open the door to online gambling in general throughout the country with four states already on board.

As each state legislature contemplates whether or not to go forward with the legalization of online casino gambling, they must decide on how restrictive to make account funding regulations. When the Wire Act of 1961 was passed, it restricted US residents from using credit cards and banking systems to fund sports gambling accounts. Late last year, the US Department of Justice tried to make a case that the Wire Act should apply to all forms of gambling. That’s a major issue that’s yet to be completely resolved.

In the meantime, the states that allow residents to gamble online do so with one funding restriction. Deposits and withdrawals related to online sports and casino gambling accounts must be made in person through the host land-based casino or authorized agent. It’s a workaround that should be resolved by the end of this year.