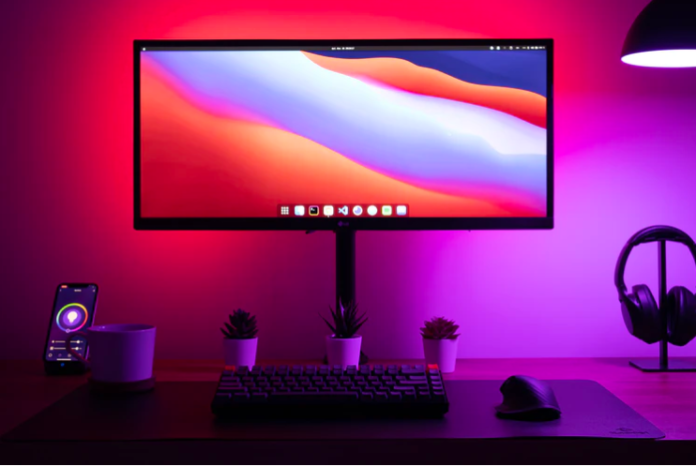 The global market for LED lighting is experiencing explosive growth, but some of the most exciting developments driving its continued expansion go far beyond its cost benefits as an energy saver.

In fact, innovators around LED technology are seeing its potential for more than just lighting work and home environments. What’s next is “smart” LED, and it’s becoming a gateway to the Internet of Things (IoT).

LED technology (electronic components that convert energy into light) has been around since the late 1980s, but gained its most substantial early market foothold as a way to backlight LCD screens, like mobile handsets, electronic devices, televisions and vehicle lights. By 2020, according to Radiant Insights research, the global market for LED lighting is expected to reach $63 billion.

Growth has been propelled as more companies have invested in the technology, bringing its costs down and opening the door to new, different and smarter applications. And that, in turn, is leading to expanding interest in businesses that innovate in the space.

Recently, for example, the Variable Lighting LLC unit of WiLAN entered into a patent license agreement with Santa’s Best Craft, a major supplier of LED and Halloween merchandise. The deal covers the latter’s programmable LED technology, which is a good fit with WiLAN’s drive to help leverage innovative patented technologies.

Programmable LED and sensor-enabled LED networks are among the next generations of smart LED technology leading innovation across various fronts.

Several companies are converting to LED lighting and controls, and not just for the immediate cost savings through reduced energy consumption. Beyond that, fixtures and sensors can be equipped to collect data to essentially make facilities and buildings “intelligent.”

One major Silicon Valley tech firm, for example, has installed control-enabled LED fixtures in 40 of its buildings and parking lots. Sensors control lights in offices based on occupancy. Automated demand and response capabilities program lower energy use during peak pricing periods. Another control saves energy when electronic devices aren’t needed. The result? Savings of 70 percent on annual energy costs – plus productivity gains from more comfortable employees.

In another use in the Minneapolis suburb of White Bear Lake, LED street lighting technology is being tested that automatically adjusts to the weather. In addition to sensors that note daylight and darkness, the lights are fed weather information provided through IBM and the Weather Company, in which it has a sizeable stake. The lights are preprogrammed for conditions – bright and warm colors to offset glare in a snowstorm or blues for better visibility in thunderstorms. All they need is to be triggered by the weather feed.

Smart LED lighting is also integral to the enablement of the smart home, but that is turning out to be a more challenging sell. Even though it has shown demonstrable savings on the business side, it’s stymied by the same barriers keeping smart homes generally from moving past the early adopter phase to mass market adoption: High device prices, low demand and a fragmented home ecosystem.

LED lighting has advanced way beyond on and off. The systems are increasingly intelligent and efficient. They can adjust to brightness and color. And they are networked to talk to other. There’s a perfect recipe for innovation in a converging environment.