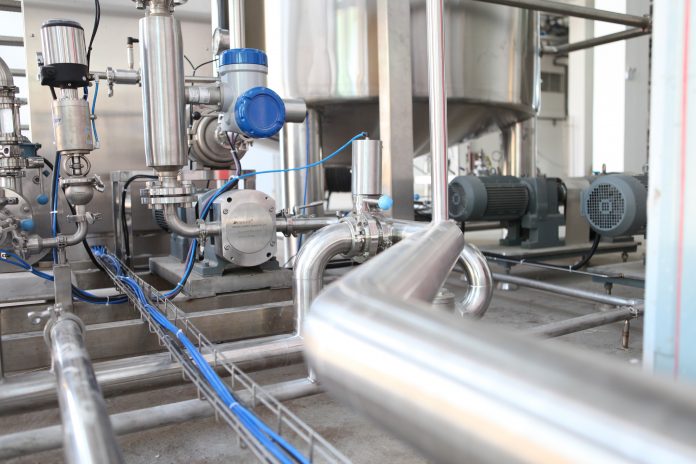 Many people associate modern mass production with Henry Ford, the production line of the model T churning out cars at an Unpresendated rate. It was, however, far from the first production line, examples being found as far back as 1568, at least if you consider a production line a place where people work together to produce something.

Other examples of production lines, where one person is responsible for a certain action/part, while another deals with a separate part of the production of the item, are the manufacture of crossbows for the army of the Qin Emperor and the large scale production of warships by the Carthaginians.

One of the first assembly lines, where parts are supplied by others and then put together by another set of workers, is the Venetians’ shipyards. They were known to make one warship a day. Some regard this as the first real factory and it is said to have employed over 16,000 workers at its height.

The British also used a type of mass production to make the pulley blocks used in the British Navy. It was set up in 1803 by none other than Marc Isambard Brunel, who, along with Henry Maudsley and Sir Samuel Bentham, perfected the process. It is said to be the first unmistakable example of a manufacturing process designed to reduce costs by the use of specialised labour and machines.

The Navy needed 100,000 of these blocks a year, something that without the use of power driven machinery would have been next to impossible. A total of 45 machines carrying out some 22 processes made up the line.

As could be expected, the introduction of electricity improved production line performance, electric motors being smaller, more reliable and far more efficient than their steam-driven counterparts. Some factories saw an increase of over 30% when they switched from steam to electric power.

But what is considered to be mass production?

There are many descriptions of ‘mass production’, one being that “the skill is built into the tool”, in other words, the workers can be unskilled, and yet still produce a complicated item. A simple example is the use of jigs, these allow the production of wooden items, like furniture to be made to a set pattern in an accurate manner. The worker does not have to measure anything or to decide how to line the parts up, all of that is handled by the jig. Jigs are now not often used though, CNC machines handling that part of the production process.

Basically speaking, mass production is the process where many copies of products are very quickly made, using assembly line techniques to send the partially completed component parts to workers who each work on an individual step in the production process, rather than having one worker doing all the work from start to finish. As mentioned above, this practice predates the industrial revolution by many hundreds of years.

A better description of mass production would be one where a high proportion of the work is carried out by machines, it being highly automated. In such systems, the human worker only gets involved in the setting up stage, where the system is in effect primed.

After that, they are there to fix any jams and to replenish the hoppers or other feeding mechanisms. Increasingly though, robots are taking the place of the human worker too.

However, even the most modern production line requires that parts are moved from one machine to another, the trick being to ensure that such moves are minimised (ensure that each part of the process does as much ‘work’ as it can) and that all the movements are carried out smoothly. Machines such as Bowl Feeders and Linear Rails being an integral part of most production lines today.

This requires a firm understanding of the process involved, the machines and their capabilities. Besides this, the layout of the production line needs to be carefully considered and planned, the routes from one part of the process to another being a crucial element.

This is where the experts at Sandfield Engineering come in, their experience at setting up production lines, solving engineering problems and improving efficiency being second to none.

6 Cost-Effective and Innovative Suggestions for Your Business’ Profitable Progression