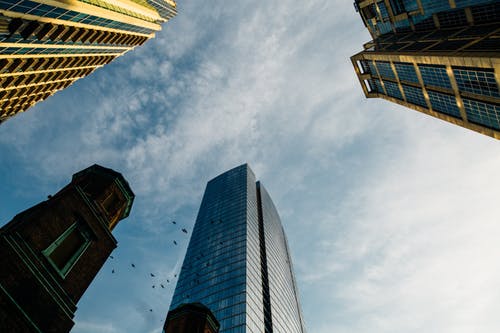 The 2019 Atlantic hurricane season is expected to worsen by the end of the October. Are your business’s data and networks safely prepared if a hurricane hits?

The 2019 Atlantic hurricane season lasts from May 20thto November 30th, with predictions made in early May as to how many tropical storms and hurricanes are likely to occur.

But now, the original predictions NOAA made about probable storms are being changed for the worse. NOAA now expects 10 to 17 tropical storms and five to nine hurricanes by October 31st.

For residents living in Hurricane Alley, this means paying closer attention to weather patterns; stocking up on food, water, and other preparations; and having a disaster plan should a large storm hit.

While the same certainly goes for businesses in Hurricane Alley, businesses also have an added complication: Preparing their data, Internet connections, and systems access for the possibility of an all-out collapse of infrastructure.

Why Is Hurricane Preparedness So Crucial?

To some who’ve already survived through a hurricane, the answer to this question may seem obvious. Still, many business owners have been lucky enough never to have gone through a disaster as terrible as a hurricane. As such, they may not be aware of the complete devastation such an event can cause their company.

Adam A. Fadhli, President of Discovery Information Technologies™, is an old pro at getting his business through hurricane season intact:

“We have been through four major hurricanes in the past 20 years, and we have learned something new from each event. The most important lesson is that your IT disaster recovery plan has to be a ‘living document’ that improves with each event.”

Below, we’ll go over the most important tips that experienced tech specialists like Fadhli recommend for keeping your business running and your data intact before, during, and after a hurricane.

Top Tips for Preparing Your Business’s IT for a Hurricane

While it’s possible to survive a loss of power if you’re simply at home, businesses who lose power lose everything IT-related. If you’re in a hurricane zone and the storm is impending, accept that a loss of power is inevitable because it probably is.

As a result, a good idea is to purchase a generator that runs on natural gas. Fadhli says of his business: “Today, we [have a] 15KW natural gas generator, which can run our entire datacenter and an “emergency operations center” (normally our conference room) where we can gather and work. This also includes HVAC [because] no cooling [means] no IT.”

#2 – Host your phone systems outside the hurricane zone.

Basically any tech-based operation in the hurricane zone is going to have problems during an impending storm, and this certainly goes for your phone systems, which you should be worried about.

As Jason Simons, Vice President of the Houston Division of ICS, puts it: “If the system is located in the hurricane zone, even if it is operational, the local carrier may have issues.” Simons advises that, “people in hurricane zones should have hosted phones that reside in the cloud and outside the hurricane zone.”

#3 – Have a plan for your Internet connection (which you will also likely lose).

It’s almost certain that you will lose power and phone connections before, during, and after a hurricane. If this is true, your Internet connection is also doomed.

Adam Fadhli recalls his business losing Internet during hurricane Rita in 2005: “Our area lost power (and copper-based internet) for three weeks. Our building was intact, and our backups were safe, but without power and Internet, you have no IT. So we had to physically move our servers almost 100 miles to a rented location, which had power and Internet service.”

If Internet connections are still available, but loss of power is the problem, a natural gas generator is sure to help the situation. However, when you have no Internet connection in the first place, even power won’t help you. In this case, as a preparedness measure, you may want to consider doing what Fadhli’s business did after their 2005 Hurricane Rita fiasco:

“We … upgraded our Internet service to two independent and redundant fiber-based services, which were no longer dependent upon power being available at intermediate locations between us and the carrier.”

#4 – Backup all your data ahead of time.

This last tip may be one of the most important: Have complete backups of all your company data, and keep them in a safe, on-premises location.

Completing this step is something you’ll want to consult with your IT team or MSP about. It’s crucial to ensure that your backups are timely, consistent, and kept in a location that is dependable and secure.

Hurricanes, tropical storms, and other devastating natural disasters can hit your business hard in a myriad of unexpected ways. While it’s important to remember that you may not be able to prepare for everything, having a proper disaster plan in place is critical to the survival of your company.

As American President Dwight D. Eisenhower put it, “Plans are worthless, but planning is everything.”