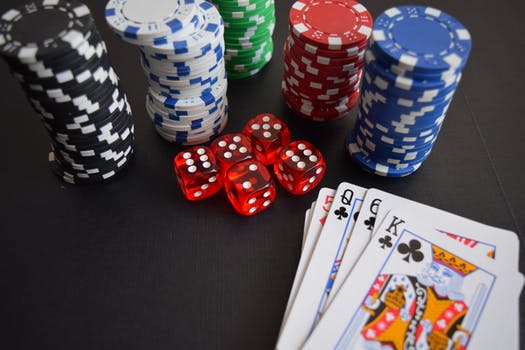 Since the appointment of Donald Trump into the Oval Office, for good or for bad, there has been a serious shakeup in the way the country is being run. A number of different industries have felt the change of government and one of these is the gambling industry.

For years, gambling legislation was very much a grey area in the U.S., with each states’ rules on the practice in its various forms differing greatly, with just three states legalising it in all forms. Online the situation was even more ambiguous, with the states who had chosen to allow citizens to bet online having different rules, regulations and limitations in place.

However, as of May 2018, a huge change occurred with the first countrywide legalisation of any form of gambling occurred in the form of single-game sports betting. Implored by the State of New Jersey, one of the three states that have already legalised all forms of gambling, the Supreme Court ruled to abolish a federal law established in 1992, which has long held back other states from pushing forward with legalising sports betting in all forms.

It has been argued that this will have a positive effect on both tourism and tax revenue across the country, with an estimated $6.03 billion in annual revenue expected to be generated by 2023 thanks to the move. With such an impressive figure supporting the move, you may wonder why it has taken so long?

Trump and the Casino Industry

Well, the fact that the first move to legalise a form of gambling nationwide has come under the Trump Administration is no surprise. Trump has long had a close relationship with the gambling industry for decades, with him having his finger in different gambling pies at various times in his career and has long backed the move for laxer laws on the industry. As early as 1993, Trump was supporting the move for New Jersey to legalise sports betting and previously operated three separate casinos in Atlantic City under the brand Trump Entertainment Resorts, which despite failing still remained very fruitful for him personally. Even after these failures in the industry he also applied in vain for a separate Nevada gaming license.

With these moves, Trump has been supporting the gambling industry for as long as he has been in business and obviously saw the industry as lucrative for him personally. Now that he is in a position of power and can cut through the red tape, if he sees the industry as potentially lucrative for the country, the changes to legislation across the nation will come thick and fast.

Even with all the opposing factors, as of 2014, the casino industry in the US contributed 137.5 Billion to the economy. A figure that it is unfathomable a man like Trump wouldn’t have taken note of. These figures do not take into account the number of off-shore online casinos based in locations such as Curacao, who make vast sums of money offering their services to US players. Along with attractive tax-breaks, the other main reason these companies chose here over the states is due to the harsh legislation in the US. As such, if the legislation changes then that online casino money could start to contribute to that figure also.

Just four states currently permit online gambling, while the value of online casino games set to continuously increase by a staggering amount. It is clear the future of the casino industry is online and so Trump must see the value in allowing an easier pathway for many states to take advantage of that fact. The benefits are clear, online casinos are quick and easy to set up, they make money hand over fist and offer more extensive services than traditional casinos. Plus, with the introduction of live casinos, players don’t even need to use any feeling of a real-life casino, visit livecasinoonline.ca for more details about this.

Numerous states were already expected to make the move for online gambling initiatives of their own this year, who all appear to be coming around to the idea that it could be a lucrative venture.

With all this considered, it appears that laxer rules could benefit the players, the states and indeed, the overall economy. The only thing that is standing in the way is complicated legislation and opposition from the few. If the Trump’s administration pushes forward some more fresh legislation in the casino industry, then US-based online casinos may be popping all over the web over the next few years. As a result, he will be taking the money from tax havens and placing it back into the States.

The events of May were the first step towards a changing of fortunes for the long-restricted US gambling industry and it is an exciting time for players and operators alike. However, time will only tell whether a president who sees the benefits for himself will also see the benefits for his country too.