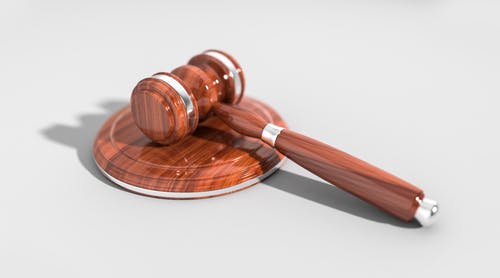 As of July 1, 2019, it is now illegal in California for some “bots” to pretend to be human. What does that mean? Under the law, anyone that is caught using a bot to “communicate or interact with another person in California online with the intent to mislead the other person about its artificial identity” is now guilty of a legal violation.

The legislation is targeted at those who use artificial intelligence to influence votes or sell goods and services. However, there is no liability if the individual or business discloses that the bot is not a real human in a “clear, conspicuous, and reasonably designed” way.

The First of Its Kind: AI in CA

This law is exploratory. It is certainly the first of its kind throughout the country. However, it only applies in California. How that will play into online activity is still unclear. State and national lines will certainly be a hot topic in how this law is interpreted and enforced. Nonetheless, as Alan Helbush of Where To Start, points out, “Where California goes, the rest of the industry goes, just because of the potential size of the audience.”

Key Definitions Under the New Law

Although the law may seem like a big jump. It is actually more limited than it appears at first blush. Those limitations are found in the definitions section of the law.

Under the new law, a “bot” is an “automated online account where all or substantially all of the actions or posts of that account are not the result of a person.”

What is an Online Platform?

Based on this definition, Alan Helbush notes that the new law’s “direct impact on small business should be non-existent” as their websites do not garner that much traffic and their social media is managed by an individual or agency.

The Existence of Bots

It is important to note that the language of the new law does not prohibit the existence of bots. Instead, it simply requires that the bot notify the user that it is a bot and not a real person.

Earlier versions of the bill placed an obligation on online platforms to investigate, label, and enforce the prohibition against bots. However, that responsibility was removed to the final version of the bot law. That means that companies like Facebook, Twitter, and YouTube have no responsibility to do anything related to online bots, at least under the California law.

Bots have drawn more attention because of the 2016 election. Various entities sponsored bots that allegedly suppressed votes, disseminated information that was not correct, and seemed to create deeper ideological divides in national politics. Because these bots are hard to spot and shut down, it is difficult to measure the impact that they had on the public at large.

If anyone is caught violating the bot law, they could face similar fines and jail time as a fraud conviction. Because it may not be individuals violating this law, a corporation is more likely to be fined. However, individuals who established the bot, even if it was on behalf of a business, may still face jail time. Those distinctions will likely play out as the new law is used. It may take some time to determine how consequences will affect both companies and individuals.

The law seems to focus on consumer protection and getting truthful information to the public. It certainly has good intentions. Alan Helbush notes, “On one hand, I can see the need for this [type of law] as we near the election. On the other hand, I see no way to enforce it, given the dynamic nature of this technology. Who ya going to call, the Bot Police?”

In addition to authorities simply noticing that a bot exists, individuals can also report a bot to the police or other law enforcement. However, if the bot is not disclosed properly, knowing whether it is a bot or not presents a real challenge. The police may face the arduous task of determining whether a bot exists and whether it was disclosed adequately under the law, both of which may be challenging and subjective.

4 Important Benefits Of Digital Signage For Your Business