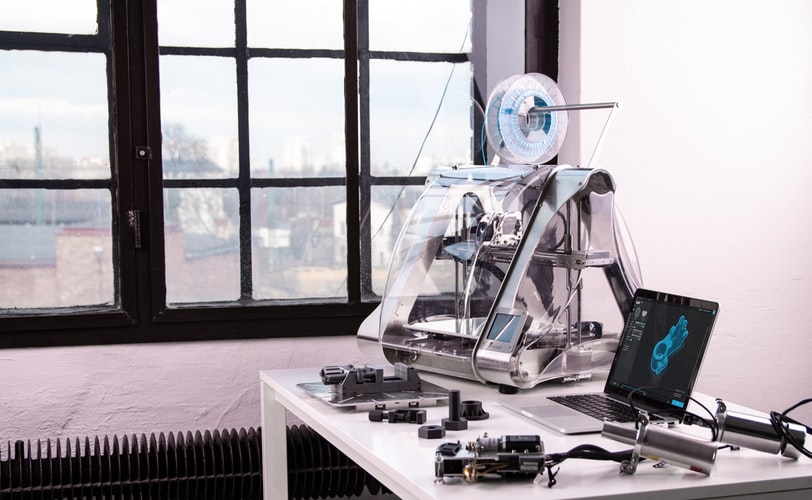 Manufacturing can be a time-consuming and expensive business to run. Not only do you have to spend a long time designing products, sourcing materials, and testing your ideas, but you also have to figure out how you’re going to make the goods at the end of it all. This can take huge amounts of work if you’re not using the right tools, leaving many traditional manufacturers wasting time and money when they ignore modern tech. To help you out with this, this post will be showing you some of the best tools to add to your factory, giving you the chance to improve both the design and the build of each of your products.

In the past, making models of products was very common. Companies would use an array of materials for this, including wood, foam, and even cardboard. A big part of this is simply to see how a product looks, though, and you don’t need something physical to be able to do this. Modern 3D modelling tools make it easier than ever before to create realistic examples of the products you’d like to make.

SolidWorks is a great example of this. Not only does it let you build a model of your product, but it also enables you to simulate movement, physics, and other crucial elements which can impact the way that a product is designed. You won’t be able to feel a product which is being designed like this, but it will be easier to make a model for this once you have a digital version to create it from.

3D printing has taken off over the last few years, with companies across the globe using this method to make their products. Of course, though, these printers are well-known for being slow, and this is an issue for a lot of companies. Modern rapid plastic machining can speed up your work, and is much faster than it used to be, making jobs which would usually take weeks or months take just a few days.

One of the biggest benefits of 3D printing is the cost-effective prototyping options it offers. While you may not be able to make something worth of a finished product with them, you will be able to create new versions of your goods without having to spend loads of time and money on machinery to do it. Alongside this, 3D printers can also be used to make molds and other tools for manufacturing, saving you from having to rely on other companies to do this sort of work for you.

People have long been one of the most crucial resources in a factory, though this has changed over the last few years. Hiring a team can cost a small fortune, while also forcing you to go through the process of training them and making sure that the business stays safe. Machines don’t come with problems like this.

Automation in manufacturing has been reaching new peaks in recent times, with companies like Tesla creating factories with as few people as possible at each stage of the process. While robots can’t think for themselves or create new things, they will be able to perform the same actions over and over again, giving you a degree of precision which humans simply can’t match. Alongside this, they can also work for much longer without any breaks.

At the very least, automation should be used for quality control. Cameras can spot problems with products which humans wouldn’t notice without very close inspection, and this can save you from damaging your reputation with broken products. You will need a powerful computer and some smart software to make something like this work, but this isn’t too much for a lot of businesses to get their hands on.

More and more factories around the world are being automated all the time. This means that there are less jobs in this field, but it can also save a company a huge amount of money. Some places have managed to become almost fully-automated, and this is a huge achievement given how long this field has been around without it.

Technology can play a vital role in keeping your team safe when you work in the field of manufacturing. People hurt themselves all the time when they’re doing work like this, and this can reflect very badly on a business, often costing them money. Modern CCTV can detect things like trip hazards, giving you the ability to keep your floor safe without having to keep people thinking about it all the time. Of course, though, health and safety can be taken much further with the right tools.

Forklifts, carts, and other vehicles can be very dangerous when they are used in a factory, with small mistakes being enough to injure the people around them. Many of today’s factories and plants have special lines on the floor which these vehicles have to follow, with cameras being used to force the machines into the right positions.

Along with keeping vehicles in safe places, many factories also use technology to save people when they find themselves in a tricky spot. Machines can turn themselves off if someone gets caught in them, and some factories are even equipped with automated first aid systems. All of this can be incredibly useful when you’re trying to keep your team safe, and can end up saving you loads of money down the line.

Modern manufacturing has been changing a lot over the last few years. Many people find themselves unsure about which path to take when they are starting a factory, with traditional methods often seeming appealing. In reality, though, using technology will enable you to make more products at a lower cost, and this will make your business more successful.