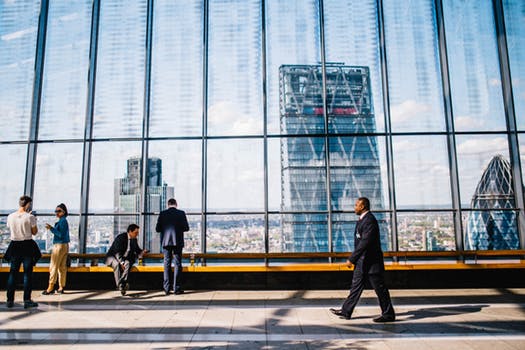 The top ten largest companies worldwide include Wal-Mart, State Grid, Sinopec Group, China National Petroleum, and Toyota Motor. The other multinational firms that belong to this list are Volkswagen, Royal Dutch Shell, Berkshire Hathaway, Apple, and Exxon Mobil. Here is an overview of these large firms.

State Grid is a state-run utility company. Today, this company is the largest firm of its kind worldwide. More specifically, it has 926,067 employees helping the company provide electricity to its 1.1 billion customers. It is worth noting that State Grid’s annual revenue stands at $315 million making it the second-largest firm worldwide by revenue. Interestingly, State Grid has operations outside China including Australia, Portugal, and the Philippines.

Sinopec Group is a state-run conglomerate in China. Its revenue amounted to $267 million in 2016, and the number of people on its payroll was 713,288 individuals. Unsurprisingly, the Sinopec Group owns Sinopec Limited. The subsidiary, Sinopec Limited, focuses on the production and refinement of petroleum products. It explores crude oil as well.

Chinese National Petroleum focuses on hydrocarbon exploration, production, and refinement. In 2016, the state-run corporation earned $262 million in revenue, and it had 1.5 million employees. The company expanded its operations beyond its borders in 1993. Today, Chinese National Petroleum operates in nine countries. In fact, the company acquired Petro-Kazakhstan in 2005 for $4.18 billion. That was the most significant foreign acquisition by a Chinese firm at that time.

Toyota Motor is the fifth-largest firm worldwide size. More specifically, it earned $254 million in 2016. The automotive manufacturer employs a vast number of people as well. In fact, there are more employees in Toyota Motor than they are people living in Iceland. It is worth noting that Toyota was the first automotive production company to manufacture more than 10 million vehicles annually. Founded in 1937 by Kiichiro Toyoda, the firm had produced 200 million cars by the end of 2012.

Volkswagen Group started on May 28, 1937. It began with the production of the Beetle, which is the most widely produced vehicle model in automotive history. Today, Volkswagen sells cars under several brands such as Bentley, Audi, and Bugatti. Others include Porsche, Skoda, SEAT, and Lamborghini. In 2016, Volkswagen became the largest automaker worldwide selling 10.7 million vehicles, and it earned $0.240 trillion in revenue. Currently, it operates 100 production units in 27 countries.

Royal Dutch Shell topped the Fortune Global 500 list in 2013. At this time, the company was earning revenues that were equivalent to nearly 85% of the Netherlands’s GDP. It received $240 million in gross income in 2016. Today, Royal Dutch Shell operates 44,000 service stations in 70 countries. Moreover, it produces 3.7 million barrels of oil daily, and it has 13.7 billion barrels in reserve.

Apple is a multinational company focusing on the design, development, and sale of communication devices. Some of these devices include iPhones, iPads, and iPods. Others are Macs, Apple watches, and Apple TVs. This giant firm provides online services as well including streaming services on iTunes. Founded in 1976 by three people, Apple has 116,000 employees in addition to annual revenues of over $215 million.

Exxon Mobil is an American oil and gas company. It became Exxon Mobil in 1999 when the Standard Oil Company of NY merged with its counterpart in New Jersey. Today, Exxon Mobil produces 3.921 million barrels of oil every day. In fact, it contributed 3% of the world’s total oil production in 2013 while sitting on 1% of the global oil reserves. In 2016, the company earned $205 million in revenues.