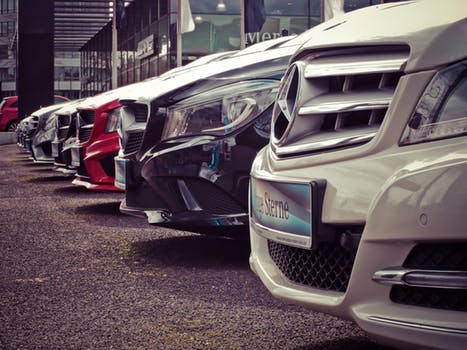 As if the challenge posed by Brexit was not enough, the British car industry is also being forced to implement increasing stringent emissions standards. These factors combined to create a decline in new car sales during September, with volumes falling by 20% during this period.

This is creating a challenging climate for existing dealers in the UK, while also making it exceptionally difficult for new and startup traders to gain a foothold in the marketplace.

In this article, we’ll offer tips for aspiring car dealerships while asking how this advice can help you to become profitable.

While it is possible for dealers to sell both new and used cars, most tend to focus solely on one or the other. At the very least, dealers will trade primarily in either new or used vehicles, and this is one of the first decisions you’ll need to make as a startup.

Much will depend on your budget, of course, as the cost of selling new vehicles will be considerably higher than launching a used car dealership.

You’ll also need to factor in consumer demand and the wider economic climate, as customers tend to shop for cheaper, used cars during times of economic hardship.

With the prospect of a no-deal Brexit looming large over the horizon, starting a used car dealership may represent the best course of action in the near-term.

As with any business and marketplace, you’ll need to jump through a number of regulatory hoops before you can launch your car dealership.

One of the most important considerations is licensing, which must be obtained before you can even start to sell vehicles. Fully-fledged dealerships will need to invest in a dealer’s license that allows you to sell an unlimited number of cars within the financial year.

This type of license also ensures that you operate within the Consumer Rights and Safety laws, which can negate the risk of costly legal disputes in the future.

Insurance is also a key consideration, as you’ll need to invest in tailored and comprehensive coverage that safeguards the unique interests of your business. Take this type of motor trade insurance, for example, which protects the investment that you make in your vehicles by providing coverage in the case of theft, vandalism or accidental damage.

While used (and new) car salesmen often receive a bad rap, they’ll play a pivotal role in the future growth and success of your dealership.

Make no mistake; learning the art of salesmanship and employing the right people is absolutely crucial, especially if you’re to successfully engage customers and promote the unique selling points of each individual vehicle.

Honesty and transparency is central to this, not least because these attributes are at odds with the stereotypical perception of car dealers. You’ll also need to develop rapport with customers, by conversing with them as openly and as naturally as possible.

Boasting knowledge of specific vehicles is also important, of course, but even if you’re a car enthusiast this is not enough to convert interest into sales.