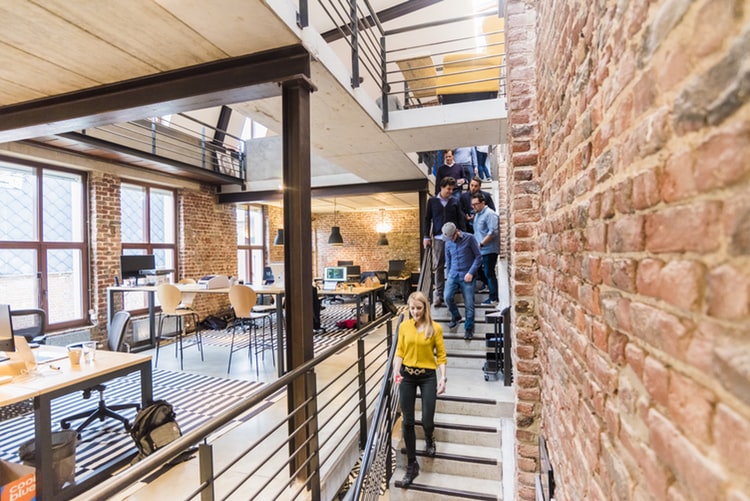 In order for a business or a side project to reach the big time, it needs to have every single aspect operating to its maximum. There can be a few drop-offs in quality from time to time as nothing can be perpetually perfect, but, on the whole, things have to be in top form. A bunch of parts go into it, but the main facet is a great work ethic. No business ever became a success through sheer luck; they all grew and blossomed due to hard work and dedication.

In order to promote hard work in any kind of workplace, the environment itself needs to be fitting. If an office, a warehouse or a factory isn’t up to scratch, then those housed inside probably won’t perform to the best of their abilities. Some might choose not to because of their mood; others might literally be unable to work in such conditions. What does a workplace need in order to boost productivity, though? Surely it’s just a place where people sit and work? Well, not really. There are lots of different changes and additions that can be made to shake things up a little. Some are pretty simple; others might be a little more nuanced. If you’re curious as to what a successful environment needs to have, then take a look at a few of these points:

Whenever a business wants to build on what they have, those charged with making it happen need to be able to work together and have a great spirit. When you have a group of individuals placed onto a team, the end product never turns out to be what you expect. If you’re the owner of a business, you’re going to want to make sure there’s a bond between the staff members. When people are bouncing off each other, it only makes the jobs they do easier. This actually transcends a business environment: sports, family, and other group projects all need to have that kinship between those involved.

If you want to get a lot of stuff done throughout the day, then you’re going to want your environment to be to a good standard in terms of its look, feel, and hygiene. There’s nothing worse than being surrounded by muck and dirt – whatever the situation. Imagine trying to get lots of tedious and stressful jobs done while being crowded by filth. It’s quite a heinous thought, right?

Work together to keep the workplace clean. If you don’t have the time to do so, then you could also hire cleaners to come in a few times a week. It will, of course, cost you, but it would be worth it in the long run.

If there’s no order around the place, then you’ll struggle to get things done quickly and efficiently. Every single successful firm has things planned out and organized ages before they’re executed. If you have a plan of action when approaching particular tasks and projects, then you’re going to have a clearer view of what’s ahead of you.

The layout of the workplace itself needs to be assembled properly, too. If the place is left messy, then it could be carnage at times – especially during super busy periods. Draw out a little floor plan of where everything and everyone should be – that’s a good start!

As you’ve probably gathered by now, mentality is absolutely everything. If your mind and the minds of everyone around you aren’t fully focused and onboard, then things will eventually slip up somehow. Positivity is absolutely massive when it comes to most things in life, and the world of business and work is another one. You need to make sure that everyone is in the right frame of mind – it could be the difference between lots of output and an average amount.

In order to promote positivity, you need first to behave that way yourself. Those around you will bounce off your attitude, so if you’re down, damp, and miserable, they’ll probably mirror your behaviour. Things like positive reinforcement and focusing your attention on each individual would also raise the overall morale level. If the employees are content with where they are, then they’ll probably approach tasks with more positivity and vigour.

The Best Software And Equipment

In order for a business to really keep up with competitors, it needs to have the best kit around. They may get away with some old stuff and some slow gadgets, but that will only last them so long before they get left behind. If you’re in a warehouse or a factory with lots of large machines, then you might want to think about getting an upgrade if one is available. Those power tools are a very significant part of the entire business, so you’ll want to speed that up or increase the quality as much as you can. The same applies to the computers and the software that you’re using. If you have old PCs and out of date programs, then you might want to get with the times!

Hard work is obviously important, as we’ve stated many times already, but people need that respite. Nobody can be expected to power through and produce excellent results minute after minute, hour after hour. There needs to be some time out for rest and relaxation.

In order to maximize that relaxation time at work, it’s probably a good idea to have suitable break rooms and leisure rooms. Nobody wants to finish the first half of their day, and head into a cramped, cold, and uncomfortable area for an hour. Perhaps you could input some light entertainment, too.

It goes without saying that a strong leader makes everything better. Just having someone leading the pack makes a big difference, but if the captain has a lot of spunk and charisma, then the entire group are going to get a boost. If you want to get things moving well, then you might need to bring in people that know exactly how to grab things by the scruff of the neck. You need to have strong team leaders under you to keep things moving swiftly. If you have a group of following all looking at each wondering what to do next, you won’t exactly get to where you want to be.

When you have actual goals in front of you; you perform better. It’s a strange part of being a human, but we all do it. If you have staff members ploughing away at work with no real end in sight, then their productivity is going to slow up at some point. There’s only so much that people can do before getting a little tired and needing something else to stimulate their minds.

Goals can keep people going – even if they’re pretty tame and unrewarding. Crossing the finish line and ticking a box feels great. Little daily challenges could be issued in order to speed things up a little and keep eyes on the ball.

Training days are pretty necessary for any workplace. It doesn’t matter whether the staff are completely qualified or complete newbies. The brain always needs to be filled with new information. If someone stays still for too long, then the only direction they’ll go is backwards. Getting up and out of the usual routine helps to boost morale, too, and that’s only going to be beneficial.