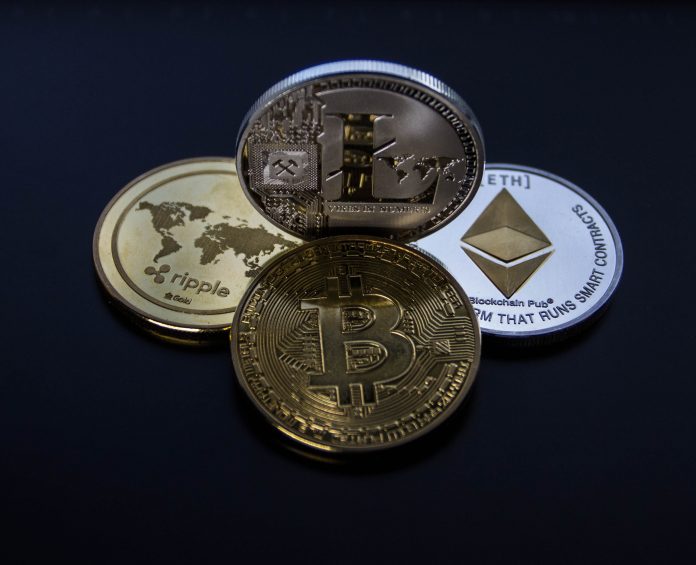 Bitcoin and other popular cryptocurrency offerings have seen a massive surge of interest in recent years from retail and institutional investors alike. Disruptive economic events such as the Covid-19 global pandemic and accompanying lockdowns have shaken many investors’ trust in mainstream financial orthodoxies. The aggressive printing of fiat currency by the Federal Reserve, propelled by quantitative easing and stimulus spending has also left many investors skeptical of market fundamentals. As a result, investors have been searching for ways to hedge against future inflation, Black Swan events, and even economic collapse.

Buying commodities, or holding physical gold has long been a traditional way to accomplish these goals, but blockchain technology has positioned Bitcoin as so-called digital gold. That’s why many investors use it as a store of value. However, holding physical gold or Bitcoin exposes investors to a new set of risks: namely, a lack of liquidity.

In volatile economic periods, investors must consider their level of liquidity, or how many of their assets can be easily spent. That’s because unforeseen expenses tend to arise in periods of economic uncertainty, and it’s crucial that investors have the ability to cover those expenses without suffering additional costs when liquifying assets they own or paying interest on borrowed capital.

How to Take Profits from Crypto by Maintaining Liquidity

Ironically, enabling low-cost, peer-to-peer purchasing power was one of the fundamental problems that blockchain developers were hoping to solve with crypto currency. However, due to scalability challenges, Bitcoin has largely failed to serve in this function. Bitcoin is still inconvenient and time-consuming to spend which is why most investors instead choose to hold it as a store of value.

In 2017, a group of blockchain developers and miners, noticing the liquidity issues with Bitcoin, sought to create a solution that would provide users with a digital currency with the same liquidity as holding cash.  By using the same underlying blockchain protocols, they found they could provide the same security and proof of work checks and balances of Bitcoin, while making it eminently more spendable.They called their invention Bitcoin Cash.

Bitcoin Cash was created through a “hard fork” of Bitcoin, meaning that developers built new features on top of Bitcoin’s underlying protocols and computer code.

The Limitations of Bitcoin

Bitcoin brilliantly used blockchain technology and a proof of work protocol to create a decentralized, secure monetary system. Financial transactions are verified using different nodes in the network that cross reference data of the transactions on a public leger. This data is grouped in what are commonly called “blocks” so that they don’t need to be verified one-by-one, hence the term blockchain.

As you can imagine, this process is quite complex and takes a considerable deal of time, energy, and resources. Moreover, as Bitcoin surged in popularity, this system could no longer efficiently meet the challenge of verifying millions of transactions in a timely and cost-effective manner.

For investors not interested in liquidity, this might not pose a major problem. However, for those who wish to make use of one of the primary use cases for which crypto currency was created, it could be a dealbreaker.

The Key Innovation Behind Bitcoin Cash

Bitcoin Cash developers saw a way to solve this scalability problem. Their core innovation was to increase the size of the data blocks used to catalogue transactions, which made it possible to dramatically reduce the time and cost for each individual transaction to clear.

This made it possible for investors to enjoy all the benefits of Bitcoin without having to sacrifice liquidity. The difference is an important one when you consider how to take profits from cryptocurrency and spend them on goods and services that matter. Now you can even deposit other kinds of cash around the world at physical Bitcoin ATMs.

Bitcoin Cash is not without its fair share of detractors, with some Bitcoin purists insisting that larger block sizes endanger Bitcoin’s decentralized nature, although evidence of this claim is hard to come by.

The Price of Bitcoin Cash

Nonetheless, Bitcoin Cash has had quite a volatile pricing history, swinging from $1000 to $100 and all the way back shortly after its inception. Since then, the price has been a bit more stable, although it did spike to over $1500 in May and then back down to $418 in July.

As of October 2021, Bitcoin Cash is priced at approximately $566. That’s a far cry from what it costs to own a single Bitcoin.  However, investors benefit because they can choose to own Bitcoin as an investment while using Bitcoin Cash for its liquidity and thus take advantage of both forms.

Needless to say, crypto currency investors should always be mindful of volatility and have a high risk tolerance for capital they allocate to this asset class. The volatility of the cryptocurrency markets have many investors excited by the future prospect of stablecoins being used for transactions, as well as Bitcoin Cash.

Is Bitcoin Cash a Good Investment?

CryptoDispensers’ Bitcoin Cash guide notes that Bitcoin Cash could be a great option for investors who want exposure to the cryptocurrency market but also want to maintain their liquidity and purchasing power. From a scalability standpoint, Bitcoin Cash is far better qualified than Bitcoin, despite its mainstream acceptance, to provide the ease of use which facilitates the day-to-day application of crypto currency in the future.

Moreover, Bitcoin Cash has a passionate and committed team of developers and miners who work each day to make it even better at offering fast, cheap transactions. The practical orientation of Bitcoin Cash differentiates it from other popular altcoins, such as Litecoin. That’s because Litecoin has positioned itself as “the silver to Bitcoin’s gold,” choosing to emphasize its potential as a store of value.

Many investors could choose to hold both Bitcoin and Bitcoin Cash, since each crypto currency was built with slightly different use cases in mind.

As with any crypto currency investment, you should be cautious of possible risks, and mindful of future volatility. But if you’re willing to contend with both, Bitcoin Cash could be the perfect solution that simultaneously gives your portfolio exposure to cryptocurrency and liquidity.

5 Common Mistakes to Avoid: Advice from a Houston Auto Accident Lawyer in 2021