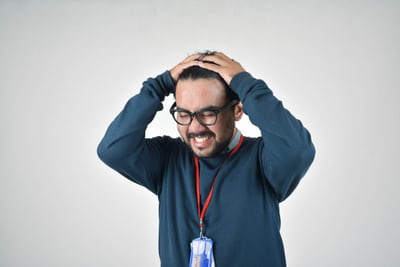 It can be difficult to get out of a hostile work environment but it is also a necessity. The reason is that it can increase your stress level and lower your productivity, both of which negatively affect your mental health. There are many different factors that can create a hostile work environment, such as bullying behavior from a boss or discriminatory behavior from coworkers. Regardless of the reason, a hostile environment can make your work life difficult, if not impossible.

There are a few ways to address a hostile work environment, but if it gets really bad, then your only recourse might be a lawsuit against your employer. If that is the stage you are at and you live in Atlanta, then you can contact Seay & Felton for legal advice. Keep reading to find out the settlement amount you are likely to receive after a lawsuit.

What Is a Hostile Work Environment?

There are many things that can make for a bad work environment: a lousy boss, a lack of perks, being overworked and underpaid, uncomfortable or outdated equipment, and more. All of those things can make going to work an unpleasant and demoralizing affair. However, for a work environment to be considered hostile, there are a few legal requirements that need to be met.

As you can see, the behavior must be both very serious and pervasive in order to be considered hostile. Behavior that is merely annoying is not sufficient enough to create a hostile work environment. So someone who repeatedly spoils your favorite TV show or heats up fish in the microwave does not count as a hostile coworker, just an irritating one. However, someone who repeatedly makes discriminatory remarks or shows explicit media does.

How to Deal With a Hostile Work Environment

The first thing to do is talk to the offending party and ask that they stop. If you find this difficult for some reason, then you can ask the Human Resources department for help. If that was not successful, then you must address the hostile behavior with your employer, who should then address it with the offending employee.

This step is important if the behavior does not stop even after your employer’s intervention. The reason is that, if you decide to pursue a lawsuit against your employer, then it has a greater chance of success if you brought up the reason for the hostile work environment with your employer. Normally, taking your complaint to the employer is enough to curb the hostile behavior that has been bothering you, but if it does not, then your only recourse is a lawsuit.

How Much Will I Get For My Hostile Work Environment Settlement?

If your lawsuit is successful, then the settlement amount you receive depends on a few different factors.

You will need an experienced attorney to help you because they are your best chance of receiving a generous settlement amount. After being in the middle of a hostile work environment, that is the least of what you deserve.