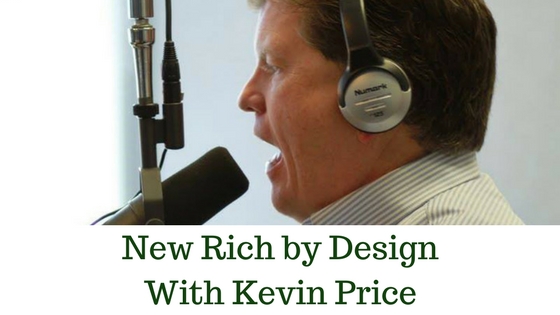 As I have mentioned often, Tim Ferriss is one of my favorite thinkers when it comes to New Rich thinking.  As I have also said many times, I read his book, The Four Hour Work Week, several times and it took 3 times before I really began to “get it.”  Sure, I understood it intellectually, but I was very resistant to it spiritually, emotionally, and many other levels.

Once I went full blown in my implementation, I went from 60 hour work weeks to less than ten in record time.  It was just a few months in 2016.  By the end of the year I not only cut my hours by around than 90 percent, I increased my income by over 15 percent.  It worked!  It really worked!

At some point I copiously applied everything I needed to know to be free of the job, but never really applied what to do with the enormous amount of free time it would generate.  Sure, I was busy with travel and enjoyed creating friendships and getting connected with family, but there was an enormous amount of empty time that became the mental health equivalent of “empty calories” that was ruining my life.  I was getting depressed from all the freedom.  Over time I felt like my perception of my dad who retired, largely for health reasons, about the age I am.  I perceived he was miserable and offered him many suggestions on what to do with the “void,” which we never pursued.  I had become so much like him in all my freedom.

I read the section in Four Hour Work Week on “Fill the Void,” lectured the virtues of it to my audiences, but was largely a hypocrite.  I spent enormous amounts of time just thinking and found myself doing constant self evaluating that was making me miserable.  Certainly after years of chronic workaholism I needed some self reflection, but I also needed lots of action.  Tim Ferriss made it clear that was necessary to make a Four Hour Work Week work.

Ferris argued to not get bogged down in pursuing the big philosophical questions, such as the “meaning of life” (which excessive dwelling on can be very depressing and overwhelming)  but instead simply pursue meaningful things in life.  Passionate about travel?  Do it, and maybe add a fun dimension like writing about it and making it into a business that will operate on its own.  Passionate about homelessness? Go volunteer to combat it.  Want to teach, but don’t want to be a full time teacher, if you have a degree become a substitute teacher and come into the classroom when you want to or volunteer for an organization like Junior Achievement and speak to students about you own entrepreneurial experience.  The list goes on, but be purposeful about it.  Have just a couple of things so you are not overextended or feel you lack relationship with any of them.  Filling the void is typically about pursuing your passions, not more income, figure out what those are.

Failing to properly “fill the void” made me, in a word, miserable.  I’m still trying to figure out what to do with my time.  I know I love writing beyond my websites, so I am pursuing publishing books.  I’m continuing to travel and am working to parlay it into a business (and have, to a certain extent with my writing).  But I do not feel like I quite “got it” yet.  But I find pursuing the opportunities rather than pondering the heavy issue of the “meaning of life” is a very healthy use of time.

Make a plan before you slash your work hours.  What will you do with all the free time a Four Hour Work Week will create?