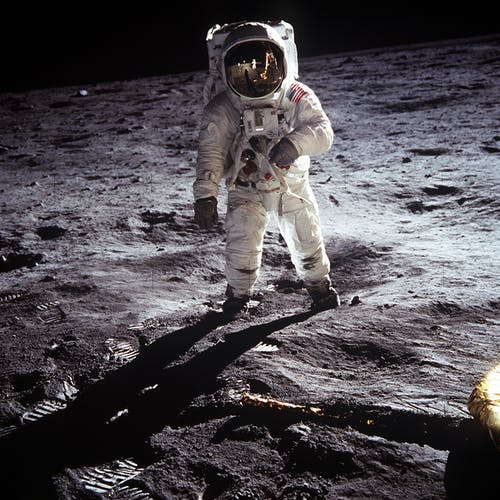 Going to the moon has been a milestone that men have already achieved but remains an elusive quest for women yet. The race for the first woman to ever walk on the moon is on and there are a few contenders who are willing to take on the challenge. If achieved, this will not be a huge achievement for only one person but a great step for all women in the world as well. This event is anticipated and will become a monumental inspiration for all the girls all around the world.

A History of Women in Space

The popularity of Katie Bouman who was the woman behind the historical first picture of a black hole in 2019 has been a piece of great news that year. This is not actually new in the field of aeronautics as women have constantly been instrumental in operations and plans. The first woman to ever be in space was Valentina Tereshkova back in 1963 while Svetlana Savitskaya was the first woman to ever perform a spacewalk when she performed an extravehicular activity outside their space station. It was in 1983 that the third woman, Sally Ride who is an American, was able to go aboard a space shuttle flight. After that, more than forty American women have gone into different missions to space serving as specialists. In October 2019, a spacewalk composed of an all-women crew was conducted by Jessica Meir and Christina Koch. Chiaki Mukai is the first Japanese woman in space while Liu Yang was the first one from China. To date, women are being considered as the crew to most space flights that are planned to be launched in the future.

How To Get a Women on the Moon

To get a woman to the moon, countless training and preparations are needed. In training, women need to learn new routines and endure tests to improve their minds and body. As many people are cheering for the very first woman to get to the moon through the Artemis program, many people are rooting for them and are even buying Artemis space clothes and patches to show their support for these astronauts. This proves that people around the world are ready to see the very first woman take her own small step on the moon.

The Women on their Way

The Artemis program’s main goal is to land the first woman on the moon. There are more than a dozen women who are lined up for the selection process. Christina Kock is still in space and is one popular candidate. Nicole Mann and Sunita Williams are also in training for possible space missions in the future. Other veteran astronauts including Shannon Walker, Megan McArthur, and Stephanie Wilson, are also vying for the position. Anyone among these women would be able to make it to the moon and achieve one of the most significant achievements in space.

The answer on who will be the first woman in space will be answered as soon as the crew for the Artemis program is announced. This much-anticipated event will surely fuel women to fulfill their dreams of reaching greater heights. Not only women, but the whole world will be watching.

Vaccination 100 Years Ago and Today: What Is The Difference?

Commercial Marine Insurance: How to find the best coverage?

How Do You Put a Dollar Figure on Complications Stemming From a Defective Hernia Mesh Implant?