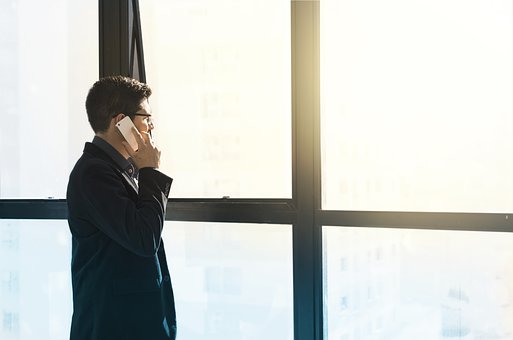 No matter where you go in the world and ask the entrepreneurs why they all flock to the city, you’ll always get the same answer. ‘There’s simply no place better’, they will tell you. Why is this, why do entrepreneurs see the urban lifestyle and working environment as a safe have? In truth, it’s somewhat of an obvious answer but has a complex undertone to it. Everything is near one might say, transport, offices, other businesses, other entrepreneurs, banks, loan companies, government institutions, a large population of customers in one area, cargo ports and airports etc. convenience is one thing but you have to think like an entrepreneur who is running a business to really get the true sense of value that a city setting provides.

Working in cities like New York, London, Paris, Lisbon and Seoul all come with a very powerful trait. They are international cities in the way of business, finance and trade. London is the financial center of the world, so if you were running a financial business then you will find the maximum amount of customers in the city and also have lines of communication that go out across the world. If you were going to be set up a technology company and wanted to have a large market of customers in Asia, you would be best placed to open your office in Seoul. The international scope that large cities provide is not just in the way of reputation, but it’s logistics and people too. Business men and women from around the world fly in to major metropolitan cities every single morning.

Therefore, you have inherently more minds to convert to your way of thinking and supporting your business. There are literally thousands upon thousands of different opportunities regarding the same thing such as investors, loan companies, suppliers, distributors and the list goes on. If you fail to get funding with one person or company you have thousands of others.

Because you have such marvelous competition among businesses in the city that are all in close proximity to each other, there’s always someone who will help you. Partnerships are much easier to strike when you’re in such an environment where businesses are trying to beat each other to the punch. Quite literally, if you are an entrepreneur with a fantastic idea that has shown some real-world working promise, businesses will want to snap you up. Large businesses are more likely to work with micro and small businesses led by entrepreneurs in the city because they don’t want their competition to get their first. It’s easier to nail down a partnership with corporate giants when you’re located in the city for this reason.

As cities don’t like to expand too far out, they will build upward. High-rise built for commercial offices are pretty much the main places of work for entrepreneurs. If you’re worried about coworking spaces diluting your company culture then think again as modern standards such as Bond Collective dedicated desks make sure that each business has their own protected space while still retaining the benefits of working alongside other businesses. These types of coworking spaces are just $400 per month. Considering they have four workspaces in New York alone, this is easily one of the best services that entrepreneurs wishing to work in a major city have at their disposal. Entrepreneurs that have such dedicated desks have 24/7 access to them, so you can have meetings and work whenever you want. You can also leave your supplies on the desk as well as monitors as they have tight security watching over everything.

Since you are based in the city, you have the best pool of talent to choose your employees from. Because the population is already high and tightly packed into one small area in the region and country, you have an increased chance of finding the right kind of employees. It’s within your interest to treat talent from outside the city just as well, but professionals from the city don’t need to move and they won’t have trouble coming in to work on time. Consequently, they might also have contacts which you can use for your business since it’s also easier to know somebody who knows somebody.

Large cities are a complete safe haven for entrepreneurs. Everything is so close and people from all around the world live and work in the business, finance and trade sectors that cities have. You have access to amazing talent and brilliant coworking office spaces.