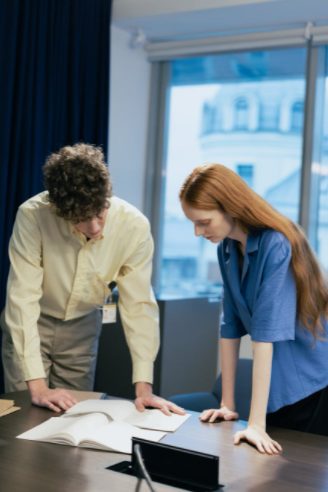 A Civil investigative demand (CID) or letter, is a powerful tool that the Attorney General, as well as other government agencies, use to gather and obtain necessary information for an investigation that may result in the prosecution of entities or individuals. CIDs target entities or individuals that are thought to have abused governmental programs or defrauded the U.S. government. Common CID recipients include health care companies and medical provides under investigation for fraud or who submitted false claims to a government health care program, in addition to federal government contractors that are alleged to have inflated prices for materials or labor or engaged otherwise in false claim practices or improper billing.

The U.S. Department of Justice often issues CIDs related to whistleblower (qui tam) lawsuits where the government seeks out information from a target in order to determine the validity of allegations made by a whistleblower and to decide whether or not it will enter into civil proceedings to intervene. Until a CID has been issued, a target might not be aware that the lawsuit has been filed since it is under seal and is not easily accessible within the public record. What you need to remember is that CIDs are complicated.

Any company that is issued a CID needs to recognize this is a very serious request and prepare its response thoughtfully. It is essential to know that once a CID has been issued, it is considered to be an instrument to help a civil investigation in order to produce a criminal prosecution. Also, even within civil contexts, its impact may include significant civil penalties and damages, harm to one’s reputation, and being potentially excluded from government contracting programs such as federal health care.  However, entities and individuals can change an investigation’s course and reduce their exposure by preparing a timely and appropriate response to this request.

Generally speaking, CIDs ask for documents as well as other materials that are thought to be either in the control, custody, or possession of a target in order to produce or inspect them. Physical business records are not only requested frequently, but electronically stored information as well including voicemail messages, text messages, and emails stored on the company’s server. A CID may also include questions that relate to the requested materials and documents and may require recorded statements as well.

When a company receives a CID, it first needs to consider which departments or individuals will need to produce information and get a preservation program started in order to ensure they do not delete or destroy any relevant documentation by having a corporate document retention policy set up. It is critical to avoid destroying any ESI (electronically stored information). For example, companies should avoid any employer-issued devices from being disposed of and disable ESI from being automatically deleted that might not be stored any longer on a person’s laptop or cell phone, but stored on the company’s servers still. A BYOD (bring your own device) policy may need to be implemented or directives issued to employees using personal devices to not replace or alter their devices.

Second, the company also needs to determine the CID’s scope immediately and whether or not it can comply and respond given its in-house expertise  It is usually advised to retain outside counsel unless it is a large company that has in-house sophisticated legal resources. It is essential to make the initial determination of whether the DOJ or issuing agency has complied with all of the basic procedural requirements, including specifying the laws violated, the conduct that is being investigated, or the kind of information they are requesting and how it needs to be produced. If a request is invasive, burdensome, or overly broad, the company should think about undergoing negotiations with the issuing agency and potentially filing a motion to have the CID modified or set aside. It is key to have lines of communication kept open with the issuing authority. Showing a willingness to cooperate and early communication can change the investigation course – and keep it civil ideally. Promptly acknowledging the request and having a conversation about its scope, along with an early clarification request or intervention can result in the agency being cooperative.

Third, if possible, determine whether or not the CID recipient is the target of a fraud investigation or just a witness who is viewed to control or have relevant information or is a witness that relates to another entity or person under investigation. Information regarding what conduct is being investigated or what laws might have been violated might not be obvious from the CID. Promptly considering the CID along with early planning can help to save valuable time in case communication needs to be initiated or a legal motion must be filed in terms of its validity.

Fourth, make sure that all information that is provided is accurate and complete since any testimony provided and answers to written questions are under oath as well as written certification that all of the documents that have been requested were produced. CIDs are very powerful instruments since they enable an issuing agency to request testimony and information that is much broader in nature than found in typical discovery devices. In fact, it is very difficult to challenge CIDs or narrow the scope successfully since more courts provide great deference to these requests, and few claims of privilege or objections being allowed on the documents. That is why CIDs are used frequently. After the government has decided to initiate a suit or intervene in a whistleblower action, it will be limited to using traditional discovery instruments.

It is critical to maintain credibility with the government in order to avoid increased scrutiny on a DOJ claim. It can be hard to strike the proper balance between being forthright and company in a comprehensive way to a CID and instinctively trying to protect the interests of the company. That is the main reason why counsel that has the necessary expertise should be retained. Being misleading or untruthful in your communications with the agency issuing the CID or providing incomplete information will most likely result in additional scrutiny and a civil investigation could be potentially turned into a criminal one.

Finally, negotiate the inevitable way, and if possible, with counsel. If your internal investigations indicate that witness testimony and/or documents show fraud or improper billing practices, try to settle with the DOJ or the other governmental agency. Turning documents over might be mandated, and it also threatens the entity since there no Fifth Amendment privileges that relate to producing existing documents related to a person’s testimony. If you are planning on negotiating a settlement, do so prior to any sealed complaints becoming a public record within a limited amount of time. However, the DOG might file motions and ask the court to keep these records under seal, especially if it is a fruitful and cooperative investigation.

Responding appropriately to a CID requires skilled and prompt attention within a typical 20-day response time frame. Quick planning can result in either a successful and cooperative provision of information, or in the worst case, having an open dialogue with the DOJ or governmental agency that can mitigate the impact of the investigation and ideally keep the process civil and prevent reputational harm.