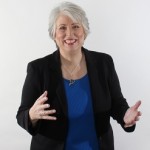 Listen to my conversation with Kevin Price about these two company owners.

Company Owner #1 was really liked by his employees. His employees should like him. Employees had no controls over how much work they accomplished and how they spent their time. No one checked time cards or what office employees were really accomplishing. There were no repercussions when employees “didn’t follow the rules.” The business owned the owner. He was working really long hours, had cash flow problems, and a lot of stress! He never took the time to study his financial statements and know the numbers. He was struggling and could never seem to get ahead.