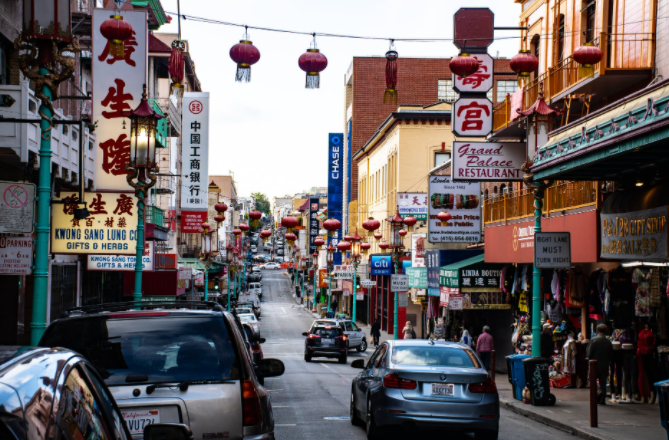 Arts leaders love to talk about the importance of a vibrant creative sector in helping fuel business innovation, and China has clearly been listening.  It’s no accident that so many creative innovations in Silicon Valley co-exist in an environment where artists fuel the creation of so much Hollywood content.  There’s a relationship between the arts that helps fuel technological innovations and the economic benefits derived from it.

Now China wants to be more of a creative nation. No longer content to simply manufacture foreign designed goods, the country wants to concentrate on its own designs of local products in order to develop their local markets. As Thomas Froehlicher, director-general of Kedge Business School, noted China wants to take the next step when it comes to evolving its economy.

“It wants its own brand names, not just imported goods. This has put creativity – in design, architecture, the visual arts and lifestyle – on the agenda of the Chinese authorities,” he said.

Ironically, that push to develop more of its own artistic identity is being done with collaborations with the west, specifically France.  China’s latest collaborations with France are aimed at boosting the arts sector in that country, with an eye toward innovation and economic growth.  China recently unveiled a new Shanghai campus of the Sino-French Institute of Art and Design Management.  The unveiling was attended by top Communist Party officials and arts representatives, a sign of how important it is for China’s economy to boost its creative sector.

As University World News reports, the Chinese government made arts and culture a priority in 2010 as part of its drive to move the economy from a ‘Made in China’ model to a ‘Designed in China’ innovative nation by 2020.   As part of that initiative, China’s president, Xi Jinping, called on the country’s most influential artists, writers, musicians, and those in theatre and film to serve the people and “create positive works”.   The Chinese leadership’s artistic leap forward between 2010 and 2012 included the construction of 3,500 museums across the country, built with the cooperation of local government tax benefits and other incentives.

Canadian arts leader Jeff Melanson isn’t surprised that countries like China are recognizing the need to develop their creative arts.  Jeff Melanson is the former President and CEO of the Toronto Symphony Orchestra and has spoken at length about the relationship between the arts and business innovation.  He says the arts can play a key role in economic development when it comes to developing a creative workforce able to support evolving technologies.

“As we talk about moving into a post-industrial economy, we look at the importance of having a skilled and creative workforce and there’s a role the arts can play in helping ensure the economy of the future is supported with the right skills and talent,” Jeff Melanson noted.   “The arts community plays an important role in that and we can have that discussion with governments.”

Melanson cites examples of how artistic organizations like the Metropolitan Opera have tapped into disruptive technologies to innovate their business models.

“The really disruptive move by the Metropolitan Opera was to disseminate their operatic content through cinemas but also to archive that content.  It also created the Met Player which will allow anyone to download any of these operas into their home. So in addition to going to the cinema, you also have access to 300 Met level operas in high definition format which you can download on any device,” he said.

In China, the move toward encouraging the arts comes with the realization that sustained economic development requires a balanced approach.   Li Xu is a former art director for the first state-owned contemporary art museum in Shanghai. He identifies the need for creative ‘people-power’.

“With more and more galleries and museums, we have the ‘hardware’ but not the ‘software’. I have seen a big lack of human resources,” Li says.

The drive by China to boost its creative industries can serve as a lesson or reminder to the west of how important arts communities are to economies.   Without a vibrant artistic and creative community, some of those western business innovations might never have happened.  It’s the reason we now see China quickly becoming dominant.