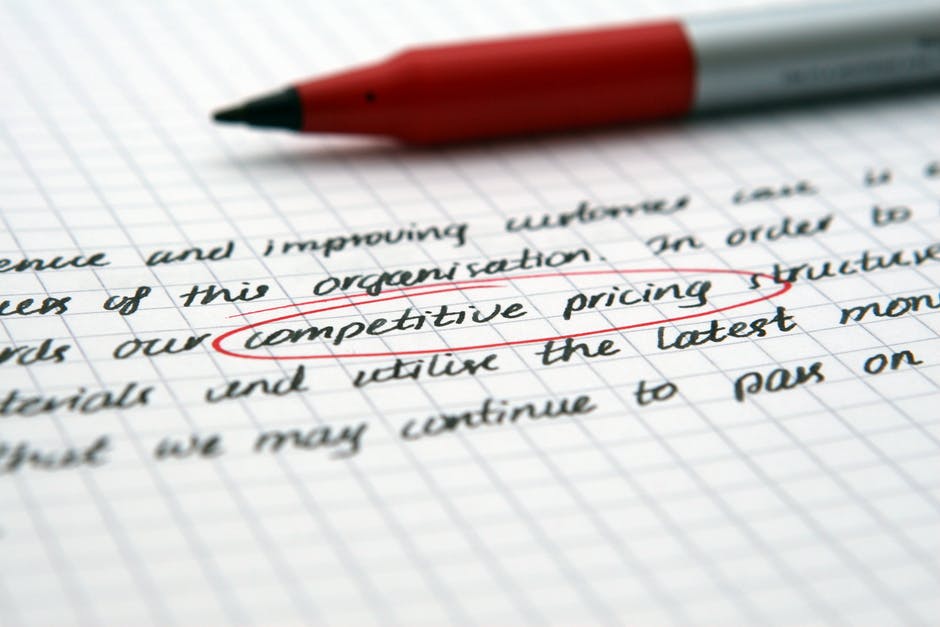 Now, it’s not easy running a small business. Finances are usually tight, profits can be slim, and you can never quite be sure what the lay of the land is going to be six months down the line and beyond. However, while small businesses rely on others for their success, it’s also true that they’re guilty of making some fundamental mistakes themselves, especially when it comes to their finances. Below, we take a look at those common money mistakes – if you’re guilty of making them at your business, it’s time to change your practices.

If things are going relatively well, then it’s tempting to keep things ticking along exactly as they are. It’s important that you resist the temptation. You have to spend money to make money! When it comes to profits, don’t withdraw them or just leave them sitting in the company’s bank account. Reinvest them back into the business, be it through expansion, marketing, or anything else. There’s a strong correlation between the amount a company spends on growth and their success. Of course, with that being said, it’s critical that you know where you should be investing your money – just throwing money at your company will likely to end in disappointment.

There are ways to save money on your business bills, but cutting corners on the important aspects is not a wise move. Yes, you could save some cash by working from home rather than renting office space; if you’re an online business, then it’ll be all the same. You should not try to save cash by doing things like, say, not hiring staff when it’s clear that you need help. In fact, even worse than not hiring staff is hiring budget performers; if you’re going to bring people on board, make sure you have space in the budget to ensure that they’re high-quality. Workers who aren’t up to the task of taking your company forward will only prove to be a costly mistake.

Not everyone sets out with the plan to become a business. Some people start out small, and then slowly expand until eventually they look around and realize that hey, there’s a business here! When this happens, however, there’s usually a problem – their personal bank account and business bank account are kind of tied up in one. As soon as the money starts rolling in, it’s important that you create separate bank accounts. In doing so, you’ll find that it’s much easier to keep an eye on how well your business is doing. You’ll also find it much easier to reinvest some of your funds back into your business, rather than take it as your own personal salary.

You might find that making a profit isn’t enough to keep your company in strong financial health. That might sound off, but it’s true – as well as profit, you need to ensure that your cash flow is kept in a healthy position. There have been many seemingly successful and profitable companies that have faced difficulties, all because they didn’t have the cash on hand to keep things ticking along. As such, you might to invest some of your profit into something that can easily be turned into cash. Buying gold, for example, is a terrific option because of its liquidity. If you need to rectify your cash flow problems quickly, then gold will help you to do so.

You’re never quite sure what you’re going to need when it comes to your business. You’ll need new technology, of course, but do they need to be superpower machines? Most likely not. Still, many a company is caught out by spending more money than they should on a fleet of computers and other high-end tech. For virtually no reason at all, they’ll have used up a lot of their budget, and for next to no good reason. When it comes to buying things like office space, technology, company photos and cars, and so on, it’s best to think regarding practicality rather than luxury.

Your money will be coming from your clients and customers, and so long as the money is pouring in, it doesn’t matter from where it’s coming from, does it? In actual fact, it does. There is such a thing as becoming too reliant on one particular client. If one of your customers is accounting for 50% of your income, then you seriously need to lower that number. It’ll all be rosy until the day comes when they decide they no longer need your business (or worse, the company ceases to trade), and you’re left having to make up a big profit loss. The key is to have as many different customers as possible!

If you’ve been pulling quotes for your goods and services out of thin air, then it’s time to have a more calculated approach to your prices. Not pricing correctly is one of the biggest mistakes that small companies make; on the one hand, they want to ensure that their prices are attractive enough to get potential customers on the hook. But then there’s the financial reality: it takes a lot of money to run a business, and if you’re underselling yourself, then there won’t be much of a future for the company anyway.

Like in life, you never when you’re going to be hit by an emergency bill, or an unexpected downturn in business. Every company goes through quiet periods, but they won’t always make it through to the side if they didn’t have the cash reserves to weather the slow times. If you haven’t already, build up an emergency fund; if you don’t use it, then it’s still your money. If you do, you’ll be awfully thankful that you thought ahead. Make it a part of your budget!

It can take a long time to get business finances in order, but you’ll be making things all the more straightforward for yourself by avoiding the mistakes like those listed above!