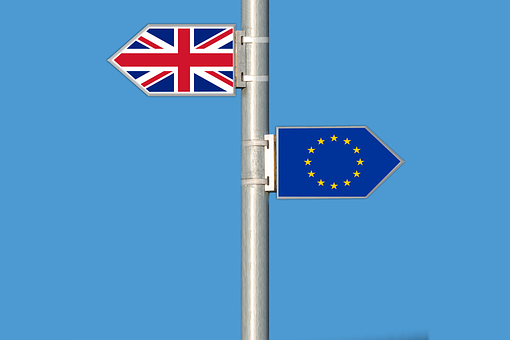 On 23 January 2013, then Prime Minister of the Conservative-Lib Dem coalition government David Cameron, travelled to the offices of Bloomberg UK and, for the first time, promised a “simple referendum” on the UK’s membership in the European Union.

So began a series of events across the six subsequent years that have included elections, resignations, referendums and a Britain seemingly more divided than ever. With Brexit betting demonstrating a stark lack of certainty of where we’re heading, here we chart how the EU referendum of 2016 unfolded and quite how we got where we are today.

According to nearly all experts and pollsters at the time, David Cameron was not supposed to have won a majority in the 2015 election. That he did forced him into actually acting on his promise of giving a referendum to the people.

For a Prime Minister so intent on dredging up the subject into the public limelight – arguably with the motivation of simply solving a longstanding party split – Cameron was unapologetically in favour of the EU.

An often-forgotten precursor to the referendum itself was his attempts to ‘renegotiate’ a better deal for the UK’s membership and pave the way for the public to embrace the EU with a new understanding. This, even at the time, was clearly a grave miscalculation.

And so, Cameron’s gamble got underway. The formal beginning of what would ultimately become Brexit began on 20 February 2016. A Prime Minister that had awkwardly tried to get ahead of a referendum of his own calling then allowed his party to publicly divide itself. The nation then had a clear choice: Leave or Remain.

What may have been forgotten in the three years since was the level of accepted comfort that the Remain camp had over their chances of winning. It was generally expected that, although the UK had long held a simmering antipathy towards the EU, the majority would ultimately choose stability and cooperation.

Vote Leave and those that campaigned for it, however, utilised nearly every tactic at their disposal to engage their voters.

There was Nigel Farage’s “Breaking Point” migration van, the ‘Great Debate’ at Wembley Arena, a fishing boat flotilla up the Thames and, most infamously, that bus promising millions of redirected funding towards the NHS should the UK leave the EU.

There was endless back-and-forth on hypothetical jobs that would either be created or lost in the event of an EU exit, debates on whether Britain had an issue with immigration and what it’s role in the global community could realistically be in the 21st Century.

After three months of breathless campaigning, 33.5 million votes were cast. On the evening of the referendum, it was still assumed that Remain would have enough, with even Nigel Farage and Boris Johnson tacitly admitting defeat.

And yet, hours later, that accepted convention wisdom was torn down. The polls were again proven undeniably wrong: Britain had voted to leave the EU by a margin of 52-48%.

Even from those that had supported Leave, there was a palpable inability to believe what had happened.

On a night and morning of fast-moving chaos, the pound plummeted to a 31-year low, the global markets saw nearly $2 trillion lost in panicked trading, Nigel Farage declared a new “independence day” and, ultimately, many had to accept that they had severely misjudged the weight of feeling towards the UK’s relationship with the European Union.

By 9am the next morning, David Cameron had announced his intentions to resign. The Labour Party had begun seriously turning on Jeremy Corbyn from both sides. The Union itself was at risk of unfurling in the face of Brexit.

There will likely be endless debates on the EU referendum and whether it truly represented a full and informed choice of the nation. Questions over legality, accurate interpretation of facts and whether referendums are even obligatory, remain to this day.

For an idea, however, that was placed into a manifesto by a Prime Minister that did not support it in order to win an election he was not supposed to win, it has snowballed and developed into an event that will define – for better or worse – British politics for years to come.