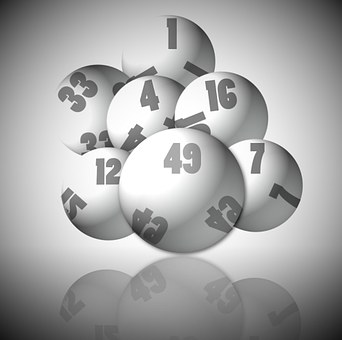 When it comes to the lottery, your chances of winning the jackpot are reasonably low. Does that mean you shouldn’t try your luck? According to Adam Bradley’s grandmother, it does. Grandma told Bradley that it was a waste of time to buy tickets because she believed no one ever won.
Grandma was proven spectacularly wrong when Bradley won $1 million from a $4 lottery ticket in 2018. It turned out to be a good thing that he didn’t listen to her after all. Want some more inspiration?
Check out the infographic from Stefan’s List below this article. It gives an interesting glimpse into the lives of 20 big lottery winners.

What Can We Learn from Other Winners?
There is a lot you could learn from other winners. Take Marvin and Mae Acosta, for example. They waited six months before cashing in their ticket. Why? Because they wanted to set up first a team of experts to help them manage it.
We’re not sure that we would have the patience to wait for six months, but it was actually a very clever play on their part. They also asked that their privacy be respected.
If you look at some of the names on the list, this could be a good idea. Three of the winners on the list were murdered not long after winning. Poor Urooj Khan didn’t even get to enjoy his win. He was poisoned the day after collecting his lump sum payout of $1 million.
Another thing that we can learn from the winners is that you need to give some serious thought about how to manage the money. A few of the winners on the list have since lost all of it. Sharon Tirabassi, for example, won over 10 million Canadian dollars.
She lived the high life for a while and shared her windfall with friends and family. It didn’t take long for the money to run out. Despite becoming a multi-millionaire in 2013,  Tirabassi has nothing to show for it now. She works part-time, catches the bus to work, and doesn’t even own her home.
It also turns out that money can make people act in strange ways. Etta May Urquhart, for example, probably never imagined that her son would steal her winning ticket. That’s exactly what he did, though. She endorsed it over to him and had to take him to court to reclaim her money.

Urquhart’s son tried to make the argument that he’d given his mother the money to buy the ticket and so the money was his. Urquhart denied the claim. In the end, some of the money was awarded to the son.
It does leave a poor taste in the mouth, though. You would think that $51 million was more than enough for them to share.
So should you buy a ticket or not? We think you should, but before you do, come up with a plan about how to handle things if you win. Learn some lessons from the winners in the list below so that you don’t repeat their mistakes.