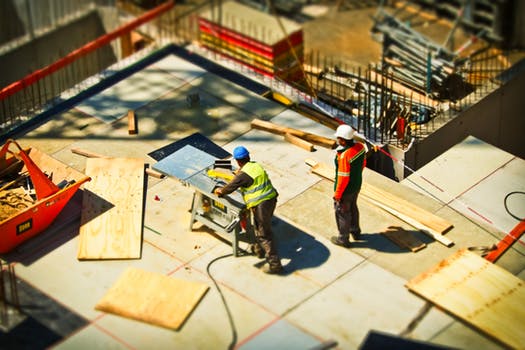 No, it isn’t the evolution of the economic structure from a primarily agricultural structure to that of production. Nor is it the invention and utilization of tools and machines. I say this because any period that we, as a species, learn to shift from an agricultural economic structure to one of machinery will always be called the Industrial Revolution. It could happen at any time after the 19th century and we’d still refer to that period by the same name.

The period between the 18th and 19th century yielded one of the essential principles in every successful business, and it digs its roots so deep that these principles are enforced by fiat (as decreed by law). I’m talking about the development of the Human Resource Management approach.

This approach governs every legitimate business in the modern world, and it is built upon this principle: “a happy worker is a productive worker.”

It wasn’t always this way. During the early stages of the Industrial Revolution, business owners saw workers more as consumables, and the number of specialized crafts was limited. Knowledge and skill were passed from master to apprentice. But what about the people who had no specialized skills? Well the working class got the short end of the stick. It was common that these people were subjected to poor living conditions along with paltry compensation.

The workers around the world would not remain docile. By 1790, labor unions across the world were being formed in order to address the unfair treatment of workers in factories. They worked long hours for less-than-fair pay.

In the modern business setting, employee benefits consulting and management are vital parts of any organization. After years of evolution, the way business owners treat workers has taken a radical turn. Today, businesses prioritize the selection and recruitment of skilled workers. They take measures in order to ensure that the worker has the skills that the business needs, and that the worker is proportionately compensated for rendering services.

We now have areas of study like Industrial Psychology that are dedicated to studying worker patterns and the techniques that help motivate members of the workforce to provide quality output. Today, payments are now skill-based and workers are recognized for their individual skill and talent. We now have concepts such as career progression and employee benefits.

The most important takeaway here is that we’ve learned to align individual goals with that of the company’s goals in order to create a cohesive community that works in a synergistic manner. The ability to cooperate, communicate, and negotiate between employees and employers is one that allows us to co-exist in a cruel world.

And that’s the beauty of it all — the essence of working together.