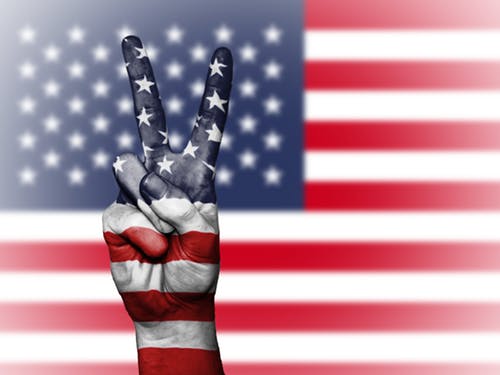 Joe Biden recently announced his intention to select a female as his running mate for this year’s election, while also committing to nominating an African-American to the Supreme Court. It’s provided a unique insight into the kind of Government we could expect to see should Biden beat Trump.

It’s apparent that Biden’s offering is as much about those around him as it is about the man himself, and he’ll undoubtedly be eager that his associations will help drive support across communities as he aims to overturn the present opinion poll advantage of the White House incumbent.

While Trump’s success in the lead-up to his election as President in 2016 had its roots firmly in the cult of personality and the business mogul’s ability to captivate his audience – and turn them against his rivals – Biden’s approach appears vastly different, with the focus on a collective force.

Together, we will defeat Donald Trump. pic.twitter.com/2nF0qVGGaH

A different route to the top

In truth, there’s arguably never been a President as conspicuous as Trump and, in today’s unprecedented times, the New Yorker’s face is on our screens more than ever, so it’s perhaps a risk that Biden is favoring a strategy that doesn’t necessarily promote his profile in front of the camera as fervently.

But the odds on Democratic nomination remains steadfast in that approach, even recently confirming that he’d consider announcing cabinet members before the election and emphasizing his faith in the personnel around him.

He said: “I could write down who could be in the cabinet. There are at least two or three people qualified for every one of those positions.”

In the Trump camp, much of the attention so far appears to be on Biden’s age, with a recent Tweet labeling him “sleepy Joe” after TV cameras showed him reviewing notes during a recent appearance, which, to some, appeared to depict the 77-year-old as struggling to keep his eyes open.

Sleepy Joe Biden was in charge of the H1N1 Swine Flu epidemic which killed thousands of people. The response was one of the worst on record. Our response is one of the best, with fast action of border closings & a 78% Approval Rating, the highest on record. His was lowest!

Whether accusations that Biden’s age would hinder him are fair or not, it’s clear the Democratic hopeful needs something special to deflect from those alleged shortcomings, and that may indeed be in the broader offering of his cabinet.

Another battleground where Biden appears under-equipped is in social media. Trump boasts more than 75m Twitter followers to Biden’s 5m – and the President has proven himself an expert at mobilizing his audience and making the platform work hard for him.

Twitter certainly won’t make or break an election, but the numbers don’t lie, and expect to see Trump’s social media output, likely hash-tagging #SleepyJoe, jump several more levels in the months ahead. How Biden and his supporters respond will be interesting – fighting fire with fire may not be the answer.

So, while an endorsement from Bernie Sanders and the promise of a diverse cabinet may provide shots in the arm as a nation braces itself for election season, it’s clear the Pennsylvania native will need another couple of tricks up his sleeve to knock off Trump.