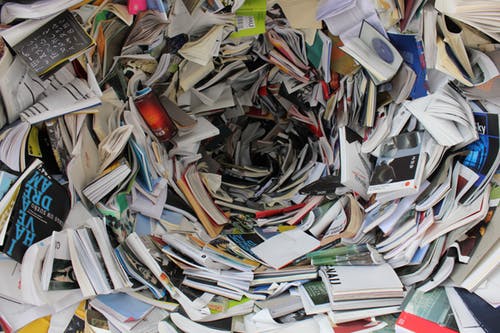 By 2020, the UK has to recycle at least 50% of its household waste, a target set at a European level. Although the recycling rates have increased significantly after 2000, they recently plateaued; the only region in the UK that successfully meets its 50% recycling rate, is Wales. In fact, Wales is exceeding the 50% rate, at the end of 2017, marking a 64% recycling rate. The rest of the kingdom falls below the target point. As a whole, the UK registers a 44,6% rate, according to the European Commission.

Besides EU and governmental directives in regards to recycling, the UK might be able to achieve its goals through voluntary initiatives and actions. From homeowners to businesses, the involvement rates in such initiatives have grown significantly over the past few years. Now, the Kingdom can pride itself with some of the most active voluntary recycling initiatives in Europe.

Bottle and can deposit returns

According to a new legislative measure from 2018, all drink containers, regardless of their manufacturing materials, will be recycled. From now on, all drink containers are now covered by a deposit-return scheme. While similar initiatives are already implemented in the vast majority of the EU countries, the UK only recently adopted a similar measure. Campaigners have worked tirelessly for more than a decade to see such initiatives in their country as well.

The deposit on each container varies, depending on size and materials. To facilitate the return process and make it more accessible to the consumer, automated reverse vending machines have shortly appeared in high-transit areas, such as general stores and bus stations.

Once returned, the bottles and containers have to be properly recycled and processed by retailers. Recently, a growing number of businesses in the retail sector have invested in compacting balers and other similar recycling solutions to manage better the bottles and containers that reach their premises. Businesses like Mil-tek have grown in popularity since the new law was announced. According to The Guardian, similar schemes have increased the recycling rates in other countries by 90%.

Currently, the statistics on household recycling rates on plastic bottles and other drink containers are concerning. The UK generates 13bn plastic bottles yearly. Only a little over 40% of those are recycled. Daily, more than 700,000 are littered across the country.

On the opposite pole, Germany recycles 99% of plastic bottles, since a similar initiative was introduced in 2003.

British ministers seem to be committed to tackling the plastic bottle issue in the Kingdom. And so, they aim to eliminate them by 2042.

The Eden Project is the face of the environmental movement in the UK. An inspirational dome mimicking different environments, like the Mediterranean region, the Australian flora, and the rainforest biome, has been designed to prove that recycled soil can be used in different, innovative ways if there is a desire for it. A voluntary initiative of the people at The Eden Project and the Reading University, the project is rooted in using the mineral from local mine waste to nourish the soil.

The same NGO has a similar initiative, called ‘Wasteline’ through which they want to eliminate all waste from their products and services and send the rest to recycling.

Richart Sowa is an already-popular name for many. Back in 2014, Richart made the headlines for living on an island – made entirely from the waste he collected on the beach. The island is located in Cancun, Mexico and is mainly comprised of bottles filled with air, sand and wooden pallets.

This project shows waste can be used in so many innovative and intricate ways!

This is a project that helped British businesses to prevent food waste and save, at the same time, more than £67 million between 2012 and 2015. The initiative was implemented by businesses in the Hospitality and Food Service industry and is part of a voluntary agreement developed by WRAP. The initiative enjoyed the undivided support of all local UK governments.

More than 230 enterprises in the sector joined it. Businesses in the hospitality and food service sector are guilty of generating enormous volumes of food waste on a yearly basis. This initiative has helped the signatory enterprises to cut more than 25%.

The two main objectives of the initiative were debated and settled upon by all enterprises partaking in the movement.

Throughout the duration of the project, there were saved more than 24,000 tonnes of food from being thrown away. This is the equivalent of almost 50 million meals and savings of almost £70 million.

The goals were not met by the end of the project, but the results offered an interesting perspective on food waste and recycling. The results were achieved through a series of actions implemented by all participants, like the establishment of a food waste prevention working group and training employees in recycling and food waste management initiatives. Other initiatives of the agreement involved the overall improvement of waste management solutions and strategies inside the companies. Recycling and reusing initiatives also had a big role in the program.

Voluntary initiatives are one of the few ways the UK will be able to successfully meet its recycling goals. We should expect to see more inspiring projects, like the ones above, implemented in the UK.