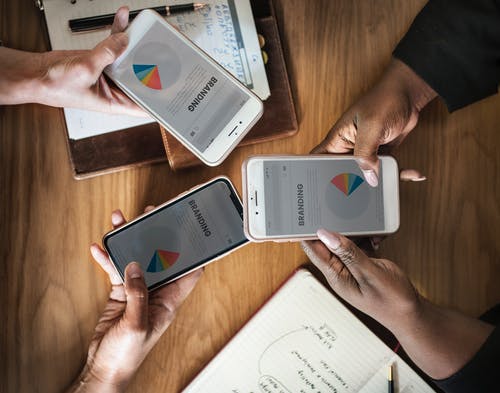 The customer is always right. At least that’s what they say. Anyone who has actually worked a single day in the service industry knows that this is definitely not universally true. But the old adage does contain wisdom. Companies exist to serve customers. And if they can’t, they probably won’t exist much longer.

So, sure, the customer may not always be right. Nevertheless, you still always need to listen to what they say. If you take this advice seriously rather than trying to deflect blame, who knows, you may actually learn something.

Many companies have listened to customers and prospered. Some are encouraged to correct missteps. Others have learned they need to correct false perceptions. And at least one organization had to resort to change its whole face. While each case deals with different circumstances, the following three examples all illustrate why brands that listen to their customers will always be better off than those that think they know it all.

One day in 2017, Pepsi made itself the talk of the internet — and not in a good way. It ran an ad featuring Kendall Jenner offering a police officer a soda in the midst of a Black Lives Matter-like protest. It was met with near universal scorn. The most generous reading of the ad considered it tone deaf. Others more intimately involved in the protest movement were sincerely offended that a soft drink maker, as they saw it, was willing to exploit a human rights cause in an attempt to sell soda. A headline from Wired sums up the affair: “Pepsi’s Kendall Jenner Ad Was So Awful It Did the Impossible: It United the Internet.”

Ultimately, Pepsi probably got off lightly in terms of lasting damage. It is a renowned and relatively non-controversial company with a ton of brand equity. That certainly helps. But it also didn’t waste time trying to defend itself. It heard the message that consumers were sending and swiftly took action to disavow itself from an admittedly poor display of bad judgment.

Amway has created a thriving multinational business that spans continents and creates millionaires. It would be very easy for the company to ignore false rumors and simply point to its ongoing success. This is a common approach. If you even acknowledge the lies coming from your critics, you can inadvertently court more unwanted attention.

But Amway has decided that silence is not a real response. Despite the fact that claims of Amway being a pyramid scheme are baseless, it has gone on the offensive. It conducts an ongoing campaign rooted in facts, truth, and common sense across its corporate blog and social media channels to shut down the lies. By keeping its ears — and mind — open, the company was able to hear the rumors and then defeat them.

Pelicans: Going in for Reconstructive Surgery

Not long after the franchise changed its name, the NBA’s New Orleans Pelicans unveiled a new mascot. The bird, named Pierre, was not popular. Fans called the design off-putting. Some said it was downright scary. This was not the reaction the team wanted. After all, the main role of the mascot is to interact with kids at the game, but an article from sports website Deadspin laid out the core problem: “Pierre the Pelican Just Got Infinitely More Terrifying.” After all the mockery, New Orleans took the hint and issued a redesign. They even played along with the jokes and said in a press release that Pierre had plastic surgery after injuring his beak in an accident.

This was clearly a light-hearted incident, but it highlights that listening to feedback isn’t only necessary in times of crisis. It also shows corporations that they can learn from the mentality of sports teams — which are more culturally aligned to always listen to their customers: fans. The current NBA champions, the Toronto Raptors, were in fact named by a fan poll following the popularity of Jurassic Park, while various teams with Native American names have faced scrutiny for not abandoning mascots some deemed racially insensitive. Others, like the Cleveland Indians, have tried to have it both ways by keeping their name but dumping their cartoonish caricature logo.

The best-performing companies have usually created something out of nothing. For this reason, there is an innate tendency to think that everything they do is right. And the first reaction is to view outside criticism, and even innocuous feedback, as baseless or as some sort of attack.

Though the impetus for this way of thinking is understandable, it is often the wrong mentality. There are countless examples that show why. Pepsi quickly accepted the mainstream view and was able to sidestep major fallout after a blunder. Amway took even phony allegations seriously and has not jut avoided damage but strengthened its brand credibility. And the Pelicans were so in tune with their fanbase that they made a change even when the issue was not that serious.

Follow their lead. There is definitely a place for setting a course and sticking with it through thick and thin. But you have to know when to listen and recognize that, in some cases, the customer is actually right. Don’t stick your head in the sand. Instead, always keep your ear to the ground.