When you finally decide to launch a product, you have to go through a process of prototyping. You need to make sure that whatever product you choose to create deals with customer pain points satisfactorily. If it doesn’t, the business will never get off the ground, and you’ll wind up with a big hole in your finances.

When you think of prototyping, you often think of something very sophisticated that attempts to exactly replicate full-scale production. But, at root, a prototype is any mockup of the final design. It’s an experiment. It’s a conversation you have with yourself to work out whether the thing you want to make actually has legs.

In this post, we’re going to analyze why prototyping is so important, and why all companies looking to launch new products need them.

Most products have teams of people working on them, none of whom actually fully understand the ultimate design goals. Creating a mockup of the product, therefore, is a critical step in the process because it provides everyone involved in the design process with something tangible to inform their opinions. When they fundamentally “get” what the product is about, they can make better design decisions along the way.

Get Early Feedback From Users

Collecting information as early as you can is vital for product design and testing. You want to know whether what you’re trying to make offers utility, both in principle and practice. Testing early prototypes, therefore, is a critical tool in your arsenal that allows you to work out whether there’s a strong case for launching your design to market. Sometimes you’ll discover that your audience doesn’t want the product as it stands right now, encouraging you to make changes. At other times, you’ll find out that you’re on the right track and launch way ahead of schedule.

You Can Try Multiple Prototypes Cheaply 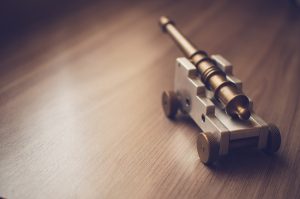 Creating a prototype is sometimes expensive, and there’s no way around that fact. But sometimes it’s cheap enough for you to generate multiple iterations. Technologies like ABS molding and 3D printing, allow you to make several copies of your prototype for testing, both internally and externally. You may find that users prefer a different design or plastic from the one you initially imagined.

You Can Create High-Fidelity Prototypes

Prototypes come in a variety of types, ranging from low to high-fidelity. As you might guess, those at the high end of the range are more detailed and closer to the final product than those lower down.

As we hinted in the opening discussion, prototyping isn’t a one-off event. It’s a process of refinement that often continues indefinitely. High-fidelity prototypes are for companies who are just about to go into production and want to ensure they have something viable. It is worth investing more in the prototype to ensure that it functions correctly so that ramping up to mass production is low-risk.

How you decide to prototype is up to you. But as people in the industry know, a prototype is worth a thousand meetings.